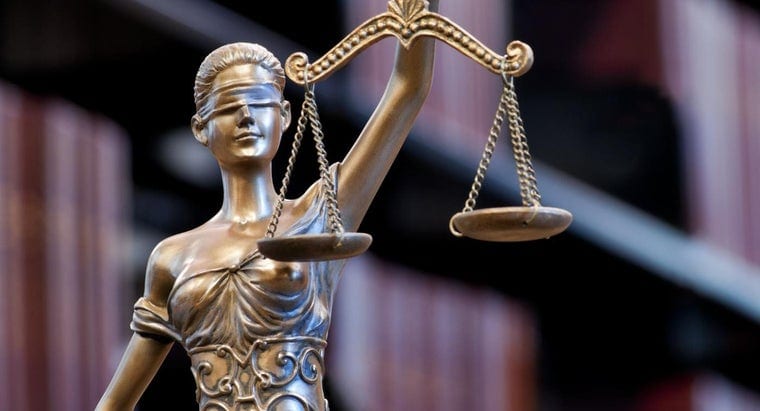 Generally, I’m all for letting law enforcement professionals make decisions on law enforcement rather than elected officials. For the sake of this argument, that includes judges since they are the arbiters between the two opposing sides, defendants and prosecutors.

I’m kind of torn on what is known as bail reform, a package of bills that are meant to level the playing field for those who can afford the rights of accused as set forth in the Constitution and those who are assigned a public defender.

Before I get into trouble, I know some public defenders who are passionate about their jobs and go the extra mile on behalf of their clients. By and large, though, they are an overworked, underpaid lot who use the Public Defender’s Office as a way to get some experience before moving on to make some real money.

That said, I attended the press conference hosted by Albany County Sheriff Craig Apple that included an impressive showing of law enforcement from across this part of the state. The one question nobody really had an answer for was why now, after almost  two months prior to the legislation taking effect on Jan. 1, 2020?

Bail reform was passed along with the state budget on April 1, and all these upstanding members of our law enforcement community are making noise now, seven months later. Granted, the budget includes all sorts of extraneous stuff and is about impossible to know what is being passed but still, these are some major changes so someone should have known something.

Basically, the two main sticking points, according to law enforcement, are the elimination of cash bail for a host of new crimes and mandatory discovery of all evidence no later than 15 days from an indictment.

Apple and his colleagues make some good points, like it will take away judicial discretion and when it sometimes serves the defendant, as well as society, to spend some time behind bars. A night or weekend or short stretch of time can serve as a simple wakeup call for someone headed down the wrong path, or an opportunity to get introduced to programs like SHARP, the Sheriff’s Heroin Addiction Recovery Program, for those already well along that same dreadful road.

Apple said there have been scared parents who ask him to take their son or daughter for a little while so they can dry out rather than see them die in the streets from an overdose or some other drug related calamity.

That may be certainly well-intentioned, but it’s not the job of law enforcement in the traditional sense of the definition. True, the job of a cop may be evolving into more and more social work instead of handcuffs, but jailing someone to teach them a lesson is a power too easily abused.

There is still a presumption of innocence, after all, and the freedom to make our own choices, regardless of how self-destructive, anti-social, sinful or just plain wrong.

And, speaking of the presumption of innocence, bail is used to ensure a defendant return to court to answer whatever charges he or she faces. It is not supposed to be punitive.

I’ve seen judges before try to set mile high bail just so whoever is before the bench has to go to jail to learn a lesson. And, I covered former Judge Hank Bauer over in Troy.
The Commission on Judicial Conduct removed him from the bench for using bail to coerce guilty pleas. In other words, the defendant was given the choice: either pay $25,000 bail or go to jail to await a trial or plead guilty and go home right then and there free of charge.

For too many the choice wasn’t a hard one and they just pled guilty to get it over with. Not quite the way the legal system is supposed to work and Bauer, while he did clear his calendar in record time, can never wear the robes again.

While that may be an extreme example, judges do set inordinate bail for the wrong reason and those who can afford to pay do, and those who can’t end up in jail until proven guilty. A good time to again bring up the inherent presumption of innocence guaranteed by or Constitution again.

Since it’s the poor people who can’t afford bail, they are the ones most vulnerable, eliminating cash bail will level the playing field and fewer still innocent people will rot in jail awaiting their day in court.

Sen. Neil Breslin, when asked if the Legislature would be back to amend bail reform, said there are more innocent people behind bars than those found guilty. That is a startling statistic and something that should concern us all.

Law enforcement was also concerned with the types of crimes that will now be bail-free including drug crimes and burglary and some sex offenses. It stands to reason the more serious the crime the more incentive to skip town, and the concern about spending valuable manpower to chase more and more warrants is very real. It is easier and cheaper to just keep the defendants locked up until the case is settled.

The other concern law enforcement talked about was full discovery within 15 days of indictment. The way I understand it, discovery entails the prosecution sharing all evidence prior to the beginning of a trial so the defense has a fair shot at discrediting it.

There are horror stories about unethical prosecutors withholding exculpatory evidence, or that could help the defense, and again it impacts the poor who can’t afford a private attorney more than those who can pay for one who will fight the good fight at a hefty hourly rate.

Schenectady County District Attorney Robert Carney said the evidence often includes   witness names and statements which prosecutors would rather hold until trial rather than at the beginning of the process. Obviously, one worry is witnesses will be put at risk and be less willing to testify.

And then there is the cost of analyzing and transferring reams of electronic data like video footage. An example he used was 10 cops at a crime scene for five hours. That is 50 hours of video that has to be reviewed in real time and then transferred to the defense within 15 days. An unmanageable amount of work without more manpower but as usual with mandates such as these, the state is not coming up with any additional money, at this time anyway.

Since only about 5 percent of all crimes actually end up at trial, with the remaining great majority ending with some sort of plea bargain, much time will be wasted presenting the defense with evidence that would never otherwise have seen the light of day.

Again, the objective is to level the playing field so people who can’t afford a private attorney have the same rights as those who can.

Discretion is one thing and without it our system would grind to a halt. But, the Constitution took great care in outlining a vision where “all men are created equal,” and nowhere should that goal be more important than our legal system. Right now, the scale held by Lady Justice can be tilted by those with the means to put some coins on one of its plates.