Music from the sweet spot of life 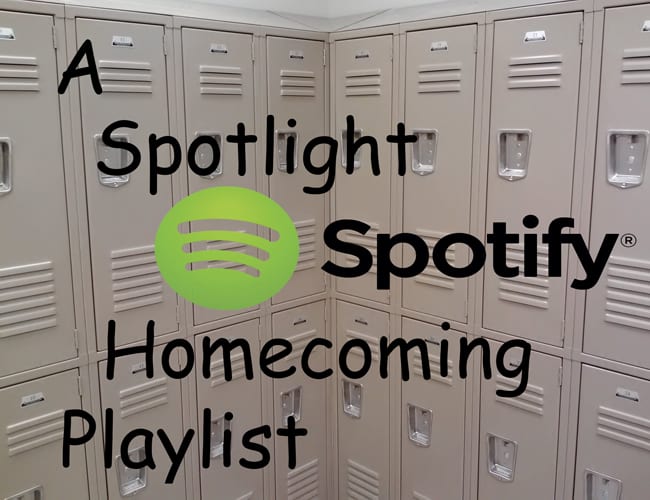 Music is often the best vehicle by which to travel down Memory Lane.

Country music star Kenny Chesney has released hits like “I Go Back” and, most recently, “American Kids” which both carry reminiscent themes. The latter of his hits invoking the song titles from the mid-’80s. But, it’s often the songs from yesterday that provide the best catalyst for conjuring memories of old.

As the fall foliage paints a broad, colorful stroke across the region, area schools start hosting homecoming events to welcome back their alumni, many of whom dedicate hours to arranging playlists of their favorite songs on portable devices or online accounts to share with long-lost friends or just to help establish the carefree mindset that was lost before bills, kids and mortgages came into the picture.

Music, perhaps more than anything else created by man, is timeless.

Remembering back to my own carefree days takes me back to walking the halls of Bethlehem Central (Class of ’91), the hours spent at the campus library at Hudson Valley (Class of ’93), and fighting against the biting Lake Champlain winds at Plattsburgh State (Class of ’95). In my youth, my Sony Walkman was as ever-present as my faded blue jeans and Reebok high tops.

In the fall of 1993, Canadian rocker Bryan Adams released his first collection of greatest hits with “So Far So Good.” To this day, I can’t help but think of winter snow while listening to this CD. Perhaps it’s because the months that followed this release made up one of the dreariest winters in recent memory.

Thomas Sullivan, a contributing writer on the weather website wunderground.com, wrote of the significance of that winter season.

“For many throughout the country, not just the Northeast, the winter of 1993-94 was one of the coldest, snowiest winters of all time,” wrote Sullivan. “The winter of 1993-94 featured large snowstorms on a weekly basis and perhaps one of the most brutal arctic outbreaks on record. January of 1994 also marked the last time Albany, N.Y., saw temperatures of -20°F or lower (-23°F on 1/27/94).”

The melodic play of a solo guitar at the opening of Adam’s “Please Forgive Me” takes me to a winter wonderland, as I watched out from my window. Its cadence seems to mimic the slow, gentle path of falling snowflakes. It’s because of this mental image that I can never leave this song off any Homecoming list of mine.

Of course, assembling a well-thought-out playlist is no foreign task for me. But, Spotify and iTunes were not at my disposal in the early ’90s. It’s a shame, because in terms of Top 40 music, the early ’90s had perhaps the best representation from a wide spectrum of genres – metal, rhythm and blues, rap, New Jack Swing, pop and country.

For example, in 1990, Garth Brook’s country album “No Fences” knocked on the door of Guns ’n’ Roses’ heavy metal “Lose Your Illusion I & II.”

Instead, kids like me developed the lost art of the mix tape. My most aspiring work revolved around “Psych Up” tapes, which I would play before running the hardwood track at the Washington Armory or taking the baseball diamond that was once at the Bethlehem Middle School. (“Paved Paradise” now comes to mind.)

The painstaking attention paid to the placement of each song, the duration of a pause between tracks, made a mixed tape as unique as a fingerprint.

The notes of Lenny Kravitz’ “Are You Gonna Go My Way” and Depeche Mode’s “One Caress” serve as a fingerprint of a friend. It takes me to moonlit jaunts we would take throughout the backwoods of Albany County; in particular, drives to Lake Myosotis within the Huyck Preserve.

Bodies of water always seemed to quiet the anxious energy of a young life yet realized, such as what Sherwood Anderson wrote of “Sophistication” in his novel, “Winesburg, Ohio”: “From its shore, we could cast an uninterrupted gaze upon the heavens, allowing us to momentarily forget our fears of the unknown.”

Readers are welcome to visit my Spotlight Homecoming playlist on Spotify at http://open.spotify.com/user/spotlight_mh/playlist/1EVZkZEoXNcLLHkeZaOxNy.