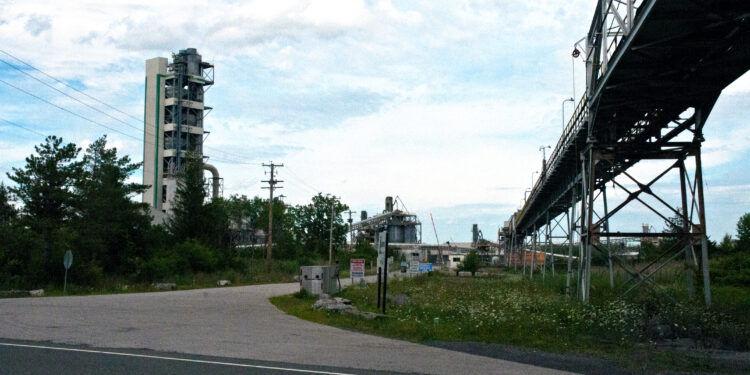 The agreement, which was filed in the U.S. District Court for the Northern District of New York, requires Holcim to implement measures to prevent future violations and pay a $850,000 civil penalty, half of which will go to New York state. A portion of this payment will be used to fund a project designed to reduce the flow of pollution into the Hudson River.

“For years, Holcim failed to live up to its legal responsibilities, repeatedly violating laws established to ensure the health of our waters,” said New York Attorney General Letitia James. “Today, we hold this company accountable for polluting our natural resources and we ensure that proper measures are taken to remediate the harm caused to our communities. My office will continue to aggressively enforce the laws that protect the health and safety of our environment and of all New Yorkers.”

Per the nature of the settlement the Switzerland-based cement company is absolved from guilt or liability from the allegations against it. The consent decree, however, is subject to a 30-day public comment period and must be finalized by court approval.

The cement plant, which was owned and operated by Lafarge Building Materials, Inc. until July 2015, includes a cement kiln dust landfill used as part of the facility’s cement-making process.

According to a statement from James’ office, the landfill operation had discharged “significant amounts” of untreated and partially-treated contaminated water and stormwater into Coeymans Creek “for years.” The facility’s treatment system had also “routinely discharged contaminated water exceeding various pollution control permit limits,” including aluminum, toxicity, oil, and grease.

Despite a series of administrative actions by both the New York state Department of Environmental Conservation and the federal Environmental Protection Agency, the facility continued to exceed state and federal thresholds defined in water pollution laws. Over 260 permit exceedances were reported between April 2015 and March 2019. The state, however, recognized an improvement in 2019 and into 2020.

“New York state has a long history of holding polluters accountable for their impacts both on our communities and the environment, and I thank the U.S. Attorney and the New York Attorney General for their efforts to finalize this agreement that does just that,” said DEC Commissioner Basil Seggos. “The consent decree announced today will help to resolve years of violations and exceedances under federal and state rules and regulations and requires a significant penalty of $850,000. And, in addition to requiring actions to further clean up its operations, this agreement requires this facility to invest in an Environmental Benefit Project that will help improve the health of the Hudson River — a victory for the town of Coeymans.”

Lafarge Holcim must also conduct a facility-wide water pollution and solid waste compliance audit through a qualified third-party auditor, and implement all action items identified by the audit.

The $850,000 civil penalty will be shared, with half going to the state of New York and the other half paid to the federal government. Of the penalty obtained by the state, $212,000 will be used as seed money for a “green” stormwater infrastructure project at Coeymans Landing Park. This project, which is to use natural structures and processes to remove pollution from stormwater, will be designed, engineered, and constructed to reduce harmful runoff into the Hudson River.

The state attorney general also recognized that during the course of negotiations, Lafarge Holcim implemented “significant” upgrades to its wastewater management systems, including a multi-million dollar upgrade to the contaminated water collection system at the landfill that has dramatically reduced the frequency and severity of its water pollution control permit exceedances.

The agreement comes just days after Lafarge Holcim announced its first quarter earnings, where the company doubled earnings from 237 million last year to 478 million. The company credited rising sales in cement and ready-mixed concrete. It had also finalized a $3.4 billion acquisition of Firestone Building Products in that quarter.

To view a copy of the consent decree and for information on how to submit a comment, visit www.justice.gov/enrd/Consent_Decrees.html.