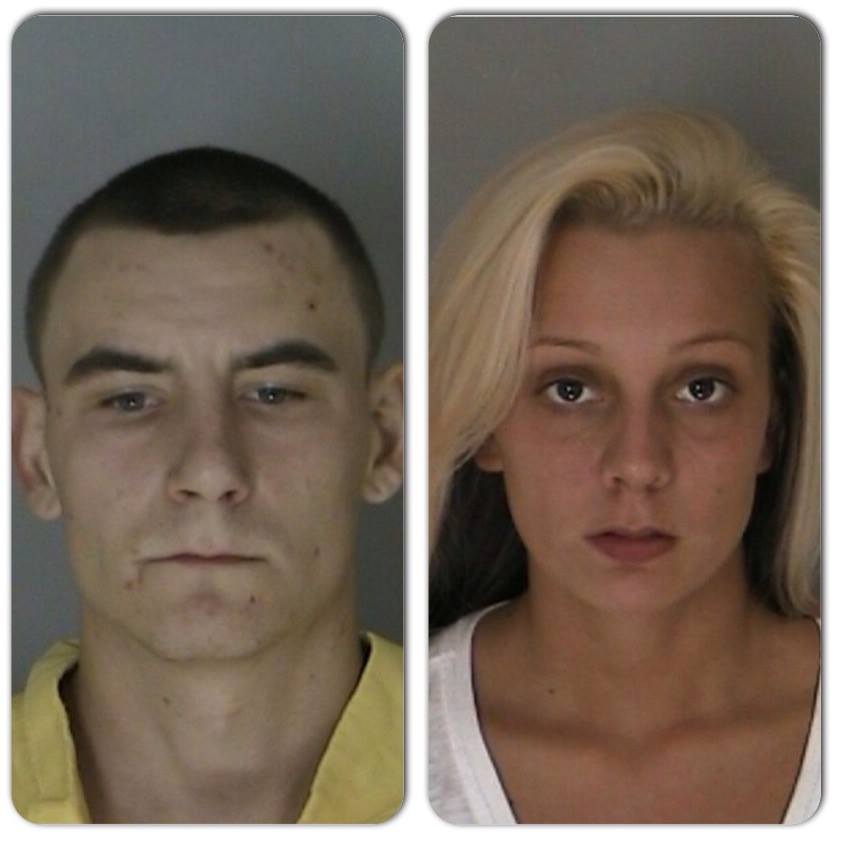 Police arrested a pair from Troy for allegedly stealing more than $13,000 of electronics from two stores at Crossgates Mall on two separate occasions.

The Guilderland Police Department on Sunday, March 2, responded to an attempted theft of jewelry at Macy’s in the mall and arrested Melissa Russell, 23, of 44 Campbell Ave. Apt. 1, and Scott T. Cleland, 26, of 100 Project Road, both in Troy. Both allegedly stole an iPad Air and a Mophie brand case that charges a smartphone from the Sprint store. Both items were worth $760, according to police.

Further investigation revealed the pair also was involved in stealing $12,292 worth of jewelry from JCPenney at the mall on Feb. 25. Russell also allegedly possessed five oxycodone pills

Russell and Cleland were arraigned in Guilderland Town Court and remanded to the Albany County Jail without bail. Both were scheduled to reappear in Town Court on Thursday, March 6.