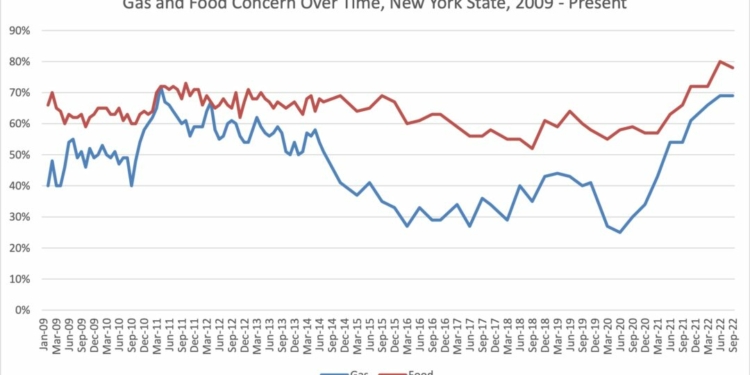 LOUDONVILLE — The New York State Index of Consumer Sentiment now stands at 70.8, up 9.1 points from the last measurement in the second quarter of 2022, according to the latest poll by the Siena College Research Institute.

“New Yorkers’ collective sentiment continues to outpace the national rate driven by far greater optimism in the New York City area especially when looking to the future. Still, our tale of two states persists,” said SCRI Director Don Levy. “he Gotham-area index is 19 points above upstate, younger residents outpace older New Yorkers by over 22 points and Democrats and Republicans live in different economic sentiment realms with D’s over R’s by over 37 points.

The SCRI poll was conducted Aug. 28  to Sept. 1. The overall results has a margin of error of +/- 3.7 percentage points. Consumer sentiment is expressed as an index number developed after statistical calculations to a series of questions so margin of error does not apply to those indices.