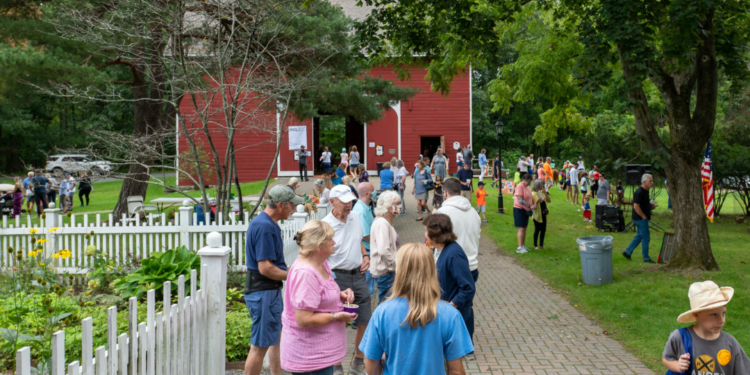 COLONIE — The Friends of the Pruyn House received more than $25,000 in grants for projects and programming at the historic site.

They are as follows:

• The National Society Daughters of the American Revolution, and the local Mohawk Chapter, awarded the friends a $10,000 Historic Preservation Grant to assist in restoring the Buhrmaster Barn doors. In 1987, the 19th century Buhrmaster Barn was moved to the property to replace one which had burned down 40 years earlier.

• The Museum Association of New York, in partnership with the New York State Council on the Arts, awarded the friends a $4,000 Capacity Building Grant to assist with Old-Fashioned Sunday, a free annual community event to take place this year on Sunday, Sept. 11 from noon to 4 p.m.

• The Arts Center of the Capital Region, in conjunction with the New York State Council on the Arts, awarded two grants to bring new community programs to the Capital District. The friends will use $2,600 for a free jazz concert on June 18 from 5:30 to 6:30 p.m. featuring the Jeanine Ouderkirk Quintet.

The second, $3,000 grant will be to host a Young Actors Guild of the Capital Region performance of “Anne at the Pruyn House,” an adaptation of Anne of Green Gables for area families in July.

• A $2,000 grant from the Michele L. Vennard Hospitality Grant Program of the Albany County Convention and Visitor’s Bureau Fund, a fund of the Community Foundation for the Greater Capital Region, which was established to support Albany County’s hospitality industry by funding programs that will help build and sustain Albany County tourism destinations, attractions and events.

The Pruyn House was built between 1825 and 1830 and serves as the educational, historical and cultural center of the Town of Colonie. The mission of the Friends of Pruyn House, a not-for-profit community organization in partnership with the Town of Colonie, is to restore, conserve and preserve the Pruyn House Complex. It is the site for a wide variety of public, private, civic and corporate events throughout the year.