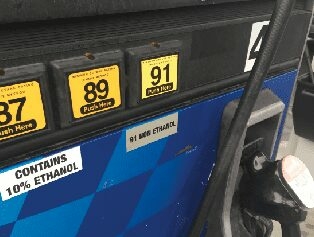 After increasing 66 cents per gallon in the past month, the national average for a gallon of regular gasoline surpassed $5 on Thursday, June 9, for the first time ever, according to GasBuddy.

“It’s been one kink after another this year, and worst of all, demand doesn’t seem to be responding to the surge in gas prices, meaning there is a high probability that prices could go even higher in the weeks ahead,” said Patrick De Haan, head of petroleum analysis at GasBuddy. “It’s a perfect storm of factors all aligning to create a rare environment of rapid price hikes. The situation could become even worse should there be any unexpected issues at the nation’s refineries or a major hurricane that impacts oil production or refineries this summer.”

Gas prices have surged in recent weeks as U.S. gasoline inventories have fallen over 25 million barrels, or over one billion gallons, since the start of March amidst a global decline in refining capacity due to the Covid-19 pandemic and accelerated demand going into the summer, according to GasBuddy.

The price of oil has also jumped due to escalations stemming from the Russian war on Ukraine, as countries choke off Russian oil supply via sanctions, pushing supply down at a time of rising demand, De Haan said. In addition, U.S. refining capacity has fallen by some 1 million barrels per day over the last three years.

According to GasBuddy, it is the sixth infamous record set this year:

A year ago, according to AAA, the average price of a gallon in New York state was $2 cheaper than today.

Today, in the Capital District, the average price of a gallon of regular according to AAA is $4.94 compared to $3 a year ago.

California drivers are paying the highest prices in the country, an average of $6.40 per gallon.

Some gas saving tips by AAA include:

Bethlehem Public Library news: Meet us at the park