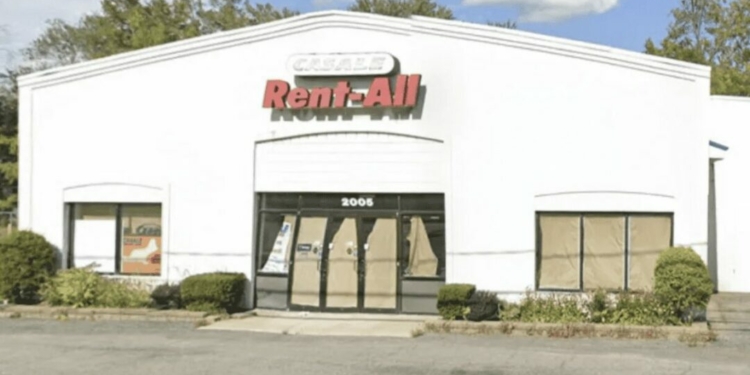 COLONIE — The Planning Board, by unanimous decision, granted the final OK to Stewart’s to construct a new shop at 2005 Central Ave.

The one-story, 4,120-square-foot building and 4,000-square-foot fueling canopy would be built on a 1.2-acre parcel on four separate lots that is now home to a vacant building where Casale Rent All was once located. Casale built a new facility on New Karner Road.

There were two waivers required: allowing the building to exceed the 20-foot maximum setback from the main thoroughfare and allowing parking and fueling stations in the front yard.

As proposed there would be 32 percent greenspace, which is less than the 35 percent required under the current Commercial Office Residential zoning. But it is still allowed under incentive zoning, which required the developer to pay $10 per every square foot under that 35 percent. This project is 1,365 square feet shy, so Stewart’s will pay $13,650.

Stewart’s had proposed to eliminate four parking spots to meet the 32 percent but the Planning Board pointed to the additional parking required at the new Fuller Road shop so the incentive zoning route was agreed upon.

Since first proposed in 2021, the shop was shifted to face Central Avenue and there will be a right in and right out only onto Central Avenue with a full access onto Waterman Avenue. There is not any access to Emery Avenue.

“We’ve gone through a number of iterations and we came up with a plan that addresses the comments we received,” said Chris Potter, a representative of Stewart’s.

Spotlight on Business 2022: A silver lining for iSmile Studios