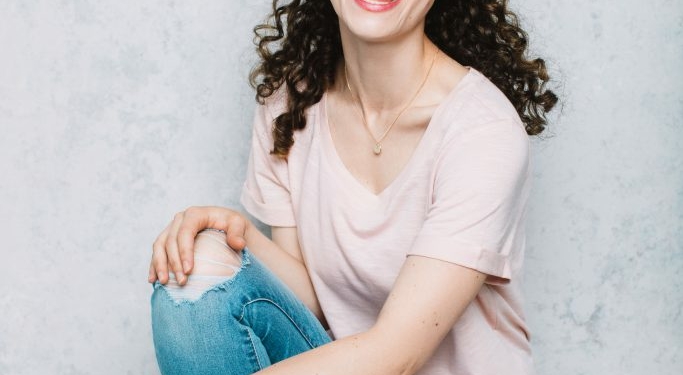 Catheryn Salamone, a Colonie High 2008 graduate, is chasing her acting dreams and is building an extensive catalog of stage and television performances. She was introduced to acting at an early age at Veeder Elementary School. The New York City resident is currently working in San Diego, California and performs under the stage name Cathryn Wake.

Q: What enabled you to get into the performing arts at South Colonie?

A: I began my performing arts journey at Colonie in fourth grade when I studied violin at Veeder. When I entered the fifth grade at Lisha Kill, I switched to clarinet and joined the band. I believe that ‘the wand chooses the wizard’ with musical instruments, and when a clarinet was put into my hands, I could have sworn the lights flickered with a magical swoosh of wind. In sixth grade, I started taking private clarinet lessons with former Lisha Kill music instructor Barbara Johnston to study the instrument more seriously. Sixth grade was also when I auditioned for my first musical at South Colonie. I was cast in Guys n’ Dolls, directed by Deanna Stickles-Bach, and it was in that production that I was bit with the performance bug. Something clicked, and I remember thinking, ‘I love this. I need to keep doing this.’ When I entered CCHS, I was invited by Lon Walker to join the Wind Ensemble as a freshman, which I considered an honor and huge responsibility. I continued to perform in the plays and musicals at the high school each year, which were always the highlight of my spring semester. By senior year, two things happened that made me realize I should give being a professional performer a shot. First, I was accepted to the All-State Symphonic Band as a clarinetist in December 2007. Then, the following spring, I was awarded Outstanding Performer in a High School Musical by the Schenectady Light Opera Company for my performance as Little Red in Into The Woods, directed by Michael Mensching. My Broadway debut in The Great Comet required me to sing, dance, act, and play the clarinet. I am therefore a direct product of the outstanding public school arts education that I received at Colonie: the incredible instructors I’ve had the privilege to learn from, the abundant resources available to me, and the calibre of training I received that allowed me to be a competitive applicant to BFA programs in New York City. As a professional actor and musician, it’s gravely important to me that Colonie’s arts program continue to be nurtured and preserved.

Q: What part of performing makes you the happiest?

A: My favorite part of performing is the opportunity to tell lost stories. One of the roles I’ve originated is real-life female WWI veteran Louise LeBreton in the Off-Broadway musical The Hello Girls. The army enlisted women to serve overseas as bilingual French-English telephone operators during the first world war. It was the first instance of women serving as sworn-in members of the army, and was a story I’d never known about. I always love the opportunity to be able to rekindle and give new life to stories that would otherwise not be known widely. On the other end of the high-brow/low-brow scale, sometimes I am paid to make a complete fool out of myself which I also love. In that same musical, during a high-energy party number, I got on top of an upright piano, dangled upside-down and blasted out a clarinet solo. Why not?

Q: How has performing changed for you over the years, especially during the pandemic?

A: I’ve enjoyed a lot of variety in my career, which I’m thankful for. I’ve done musicals, plays, TV, actor-musician shows, and voiceover — on Broadway, Off-Broadway, and regionally. Over the years, I’ve realized that I thrive on this sort of variety and I don’t want to be stuck in one medium. The pandemic has been a huge blow for theatre actors especially…but I know firsthand that theatre actors are scrappy and resourceful. I have a lot of pride in my industry for finding new and inventive ways of presenting theatre and I know that the art form will weather this storm.

Q: Who do you look to as inspiration in your roles?

A: We so easily idolize famous actors, so I try to look up to the incredible actors I’ve crossed paths with who aren’t famous and whose artistry, work ethic, and kindness I’ve been blown away by. There is greatness everywhere. I look up to the actors Jessica Wortham and Ted Koch who I worked with in The Second Girl at the Contemporary American Theatre Festival, and actor/writer Steve Rosen who I performed alongside in The Other Josh Cohen Off-Broadway…among many others.

Q: What would be your dream performance to undertake?

A: I would love to take on Christine Daae or Glinda…let’s make it happen, 2022.

The above five questions was compiled by the South Colonie School District. If you would like to see someone featured, contact Jim Franco at [email protected] or 518-878-1000.