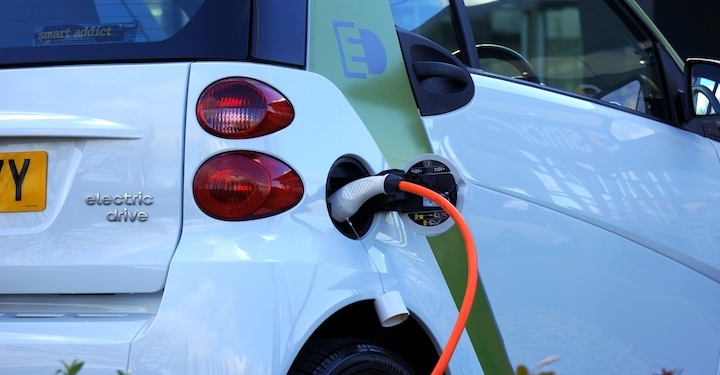 DELMAR — Despite the turning of the seasons, life is getting a whole lot greener in Bethlehem.Last week, town officials were joined by National Grid, NYSERDA, and PlugIn Stations Online to unveil new electric vehicle charging stations outside of Town Hall.

In May, National Grid announced it had joined the Electric Highway Coalition to enable more electric vehicle charging stations near highways across the United States.

Each utility within the Coalition is taking steps to provide charging solutions in their service territories and collaborating to ensure accessibility, reliability, and a positive customer experience. This effort will support a network of fast charging stations along major highways from the Atlantic Coast, through the Midwest and South and into the Gulf and Plains regions. Other participating utilities in the Coalition include American Electric Power, Dominion Energy, Duke Energy, Energy Corporation, Eversource, Southern Co., and the Tennessee Valley Authority.

National Grid is providing charging ports for the stations across its territories in Massachusetts, New York and Rhode Island. It has already deployed 1,400 charging ports with 16,000 on the way, one of the largest EV charging programs outside of California. Many of these ports are in environmental justice communities, so that all customers of varying incomes have access.

“Transitioning the Town of Bethlehem from fossil fuels needs to be our highest priority to address the current climate emergency,” said Maureen Cunningham, Bethlehem Town Board Member. “Electric vehicle infrastructure like we now have in Bethlehem represents one step of many needed to put us on track to achieve New York’s climate goals and lay the foundation for a clean energy future.”

Passenger vehicle chargers are a big part of the changing energy landscape. National Grid is also working with the major Transit Authorities in upstate New York to convert city buses to electric. Here in the Capital District, the company has been working with the CDTA who has installed four charging stations for the first electric buses to hit the road in upstate New York, and are partnering with them to plan large-scale electrification of 25 percent of their fleet by 2025.

Electrifying trucks and buses are pivotal to reducing emissions from transportation. National grid is supportive of New York’s participation in a 15-state agreement which sets a goal for 100 percent of truck and bus sales to be electric by 2050.

Approximately 40 percent of the Northeast’s GHG emissions are from transportation, making it a larger source of emissions than any other sector. National Grid has committed to electrifying their entire light duty fleet by 2030 and exploring zero carbon alternatives for medium and heavy-duty vehicles. The company is also helping put electric city and school buses on the road and are one of two companies in the U.S. to adopt electric backhoes.

The Electric Highway Coalition will provide DC fast chargers that will allow drivers to charge and be back behind the wheel in up to 30 minutes. It is designed to coordinate EV charging station planning, so EV drivers will have the tools they need to drive electric with convenience.

Chargers can be found at the Adams Street Lot near the Rail Trail, Bethlehem Town Hall and Elm Avenue Park.

Prediction: There will be a new supervisor in Colonie