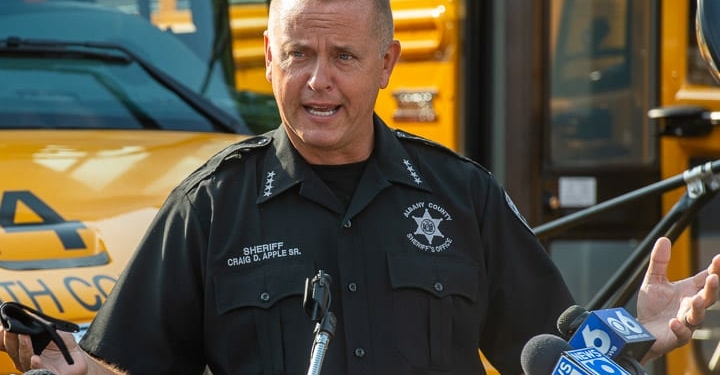 ALBANY — The woman identified only as Executive Assistant No. 1 has filed a criminal complaint against Gov. Andrew Cuomo.

According to the bombshell report by Attorney General Letitia James, the governor “engaged in a pattern of inappropriate conduct” including: close and intimate hugs, kisses on her cheeks and lips and grabbing her legs and butt. The governor also repeatedly asked her about her personal life and whether or not she would ever cheat on her husband. On Nov. 16, the woman claims, the governor called her to his office for assistance on a rudimentary cell phone issue. He beckoned her into his office, slammed the door shut and he reached under her blouse and grabbed her breast.

After the incident was disclosed by the Times Union, which extensively quoted the woman, the governor’s office said the matter was referred to the Albany Police Department.

The woman retained Albany attorney Brian Premo. Her identity has not been officially disclosed because of the nature of the complaint, but it is one of the worst kept secrets in Albany. According to the New York Post, Premo made the complaint with Sheriff Craig Apple as the top law enforcement officer in Albany County.

Apple told The Post he informed Albany County District Attorney David Soares of the complaint. If there is enough credible evidence found, the governor could be arrested. Soares said previously he has requested all the evidence gathered to compile the AG’s 168-page report, and invited any and all of the 11 women who have alleged a pattern of sexual harassment to talk to his investigators.

“We found Executive Assistant #1 to be credible both in demeanor and in the substance of her allegations. The experiences she had with the governor were difficult for her to recount, but she did so with care and seriousness,” according to the AG’s reports. “She testified about what she could recall with specificity and she credibly noted things that she did not recall. She did not overstate or seek to exaggerate the allegations, but simply recounted the incidents she remembered.”

The governor, in an 85-page “position paper” disputing the AG’s report, said many of the allegations of inappropriate touching stem from his Italian heritage and his inappropriate questions as an effort to alleviate the stress of working in a high-pressure environment.

“The governor was stunned by her claim made for the first time in early March 2021 (after Lindsay Boylan and Charlotte Bennett’s claims were made public) that he groped her breast under her shirt and over her bra in his mansion office during a workday in November 2020,” according to the narrative. “This claim is false, as the governor has stated repeatedly and unequivocally. Ms. X retained a personal injury lawyer who contacted the Executive Chamber on March 8, 2021, claimed that the governor had groped her breast in his office during the workday and indicated he planned to file an administrative complaint on her behalf—a common precursor to filing a civil lawsuit for damages.”

The narrative claims Executive Assistant No. 1 was at the mansion that day for more than three hours and released a detailed account of how the governor spent the day. The woman has since said it was around that day and the governor’s phone records would tell when she was summoned to the mansion by one of the governor’s top assistants, Stephanie Benton.

At least four other DA’s around the state have requested more information from the AG about evidence that could lead to potential criminal charges.

SPOTTED: Albany Empire beat the Cobras; will play the Lions for the NAL title