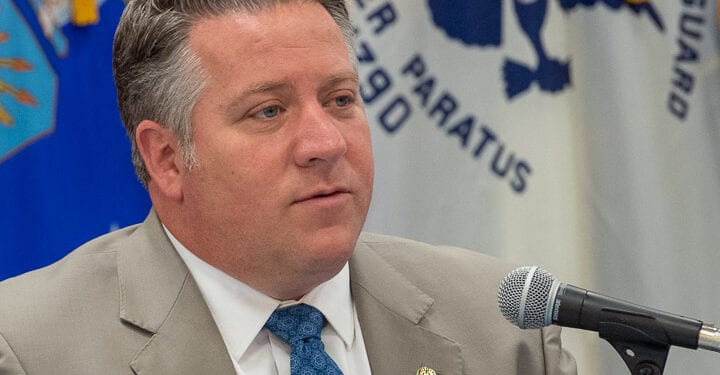 ALBANY — With three more deaths recorded from Tuesday to Wednesday, the county crossed a grim milestone. There have now been 302 county residents who died from COVID-19 since the pandemic took hold in March, 2020.

The total number of confirmed cases increased by 192 to 17,637 overnight while the number of people who previously tested positive and recovered jumped by 234 to 16,050.

While there were seven new hospitalizations overnight, it represents a net decrease of six bringing the total number of county residents in the hospital to 163. There are 16 people in the ICU on Wednesday, which is unchanged from Tuesday.

Meanwhile, counties across the state are taking control of vaccinating essential workers who fall in the 1B category — first responders, teachers, grocery workers, childcare providers and those living in and working in homeless shelters.

As of Wednesday afternoon, those who are eligible and want to get vaccinated on Thursday at the Times Union can sign up for a limited number of spots on the county’s website, AlbanyCounty.com.

Residents not in 1B who want to check their eligibility for the vaccine and sign up for a shot at a state-run facility should use the state’s website at the link here or call the state vaccine hotline at 1-833-697-4829. For general information on the vaccine and eligibility, residents can also dial the United Way of the Greater Capital Region’s 2-1-1.

But County Executive Dan McCoy and Dr. Elizabeth Whalen, head of the county Health Department, said that will not be happening in Albany County and ideally not the entire Capital District.

“We will have a group plan and we will be coming out as one,” McCoy said about the other seven counties that make up the Capital District region. “We are taking our guidance from our health commissioners and the CDC.”

Right now the positivity rate for the Capital District — Albany, Schenectady, Rensselaer, Saratoga, Warren, Washington, Columbia and Greene counties — is 6.2 percent, according to the state COVID-19 tracker. It will have to go down to at least 4 percent, McCoy said, for high risk sports to begin.

“As a local health official, as a physician who is able to look at the evidence we have the decision will be made out of an abundance of caution for the student sand the schools,” Whalen said.

More information on sports is expected later on Wednesday.

Chamber launches Passport to Bethlehem to coax customers back to stores, restaurants