Sheriff: Two men forget drug stash in rental car, arrested when they go back for it 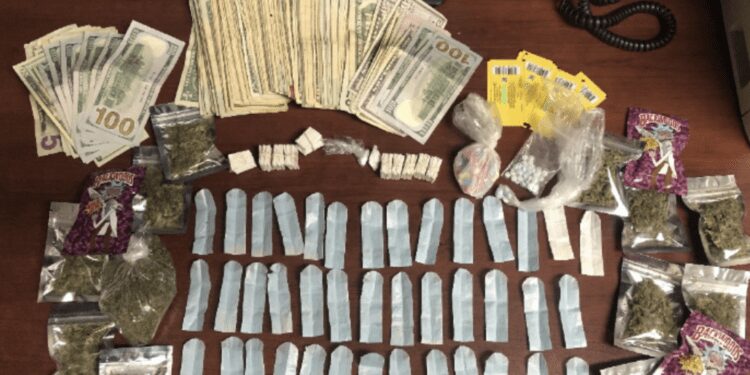 COLONIE — Two men who forgot a stash of drugs and cash in a rental car were arrested when they returned to pick it up.

According to Albany County Sheriff Craig Apple Sr., deputies working at the Airport Station were alerted by a rental car company that drugs were left in the vehicle.

When Aasim Hilts, 26, of Albany, and Shariff Frasier, of Schenectady, returned to get their stash, they were arrested.

Hilts was allegedly found in possession of 140 glassine envelopes of heroin, 35 grams of MDMA, 62 counterfeit oxycodone pills pressed with fentanyl, 10 suboxone strips, marijuana and more than $5,600 in cash.

Frasier had marijuana in his possession.

Hilts is charged with eight felonies of criminal possession of a controlled substance, two misdemeanors of the same and the violation of unlawful possession of marijuana. He was arraigned in Colonie Town Court and released to the supervision of probation.

Frasier was charged with the violation of unlawful possession of marijuana and given an appearance ticket for Colonie Town Court.