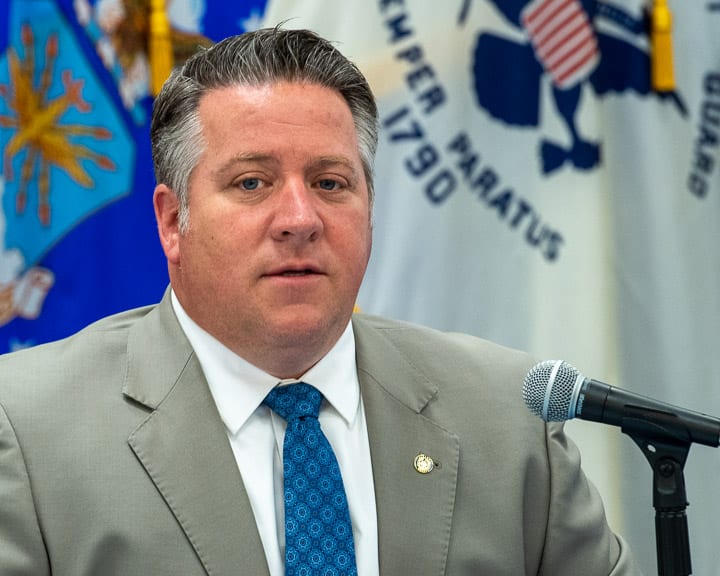 ALBANY — Facing a multimillion deficit, the county is looking to trim its workforce.

On Friday, Aug. 14, during a press briefing, County Executive Dan McCoy said he will offer early retirement incentives to employees as a way to cut costs.

“I can sit here and cry all day about our budget and some of the steps we will be taking,” he said. “We are offering incentives, very shortly, for people to retire and leave government service. We have to take steps. Things have to change.”

Counties across the state are struggling with a loss of sales tax and other forms of revenue due to businesses being shut down because of COVID-19. Last year, when the county formulated its budget, it projected collecting $290.4 million in sales tax this year. In the second quarter, that projection was down by $15.5 million. While most segments of the economy are opened back up in this state, the third quarter estimate will likely not meet projections either.

By December, Albany County could have a $60 million deficit just in its sales tax projections. There will also be shortfalls in hotel and motel occupancy taxes and mortgage taxes.

“As the president of County Executives of America and the County Executive Association of New York State Association of Counties, I’ve heard from my counterparts talk about the difficult decisions they’re considering to address their budget crises including closing parks, steep cuts to programs and even layoffs,” McCoy said previously. “No one wants to this, but at this point, Congress and the President are forcing our hands.”

Late last month, the New York State Association of Counties released an economic impact report and it found the 62 counties in New York state are looking at a $13.5 billion loss in revenue over the next two fiscal years.

Mary Rozak, a spokeswoman for McCoy, said “an early separation incentive is one of the many options the county executive is considering and we’ll have more information to share this week.”

Of the new cases, the majority are health care workers, those who travelled out of state and those who came into close contact with a person who tested positive.

On Monday, there were seven people hospitalized for a rate of .28 percent, with one person in the ICU.

From Sunday to Monday, an man in his 80s with underlying health issues who was living at a private nursing home died from the virus. There have been 130 fatalities since the pandemic began in mid-March.

SPOTTED: Colonie 10U rallies, but falls short against BSpa