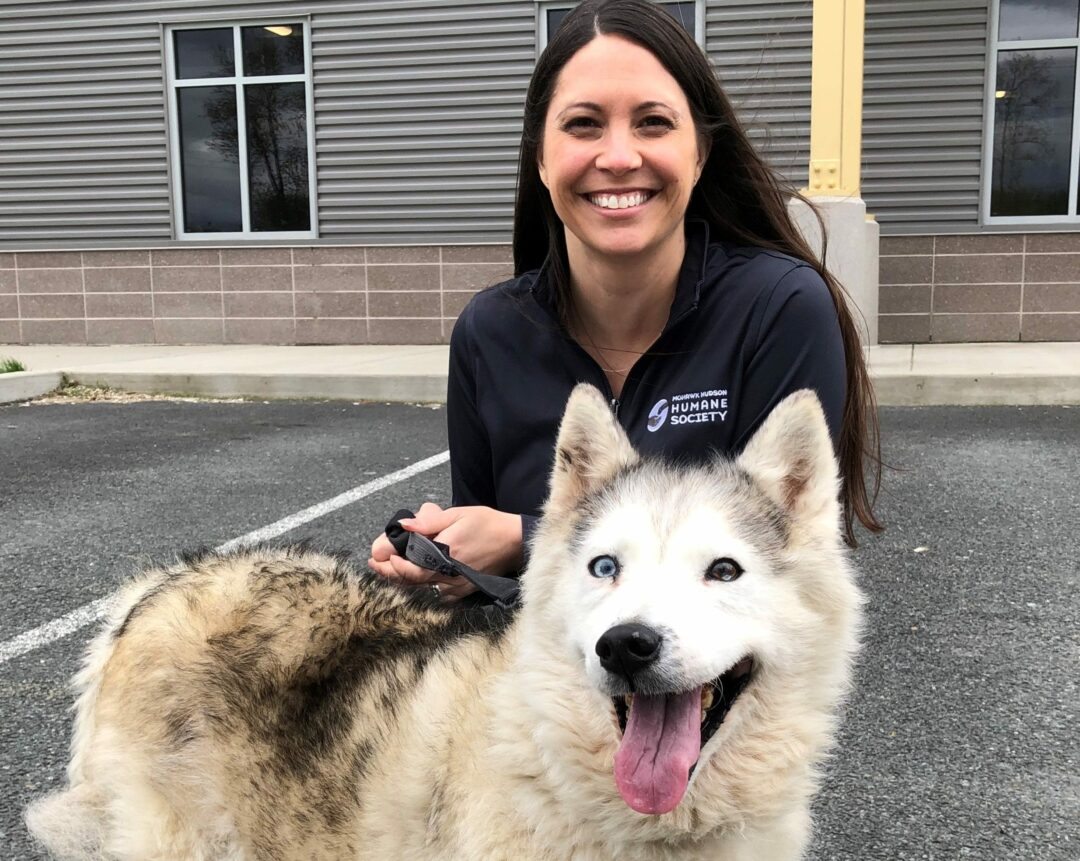 MENANDS — Despite not starting out the way she thought due to circumstances beyond everyone’s control — like a global pandemic — Ashley Jeffrey Bouck walked into her dream job last month as the new CEO of the Mohawk Hudson Humane Society.

“I absolutely love it,” she said. “Seven years ago, my husband and I adopted a cat from there, Lenox, and I’ve always loved the humane society and have always been an animal lover so to advocate on behalf of the animals is a dream job.”

Bouck began in non-profit work right out of Siena College with the American Cancer Society and then most recently with Girls Inc., an national organization with the focus on assisting young females in every aspect of life.

“I’ve always worked for things I was passionate about,” said the Poughkeepsie native who now lives in Albany with her husband and two daughters.

Being a non-profit, the shelter relies heavily on donations from the community. This year’s GALA, one of its largest fundraisers, will be held virtually on Saturday June 20 from 6 to 7 p.m. rather than in person thanks to COVID-19.

The Facebook live event will be hosted by Bouck and award winning actor and entertainer Greg Aidala. Special guest Steve Caporizzo, host of WTEN’s Pet Connection, will share just a few of the shelter’s more inspiring stories. There will be a live auction and viewers can donate directly to the cause and can also order a meal and cocktails from Nicole’s. Meals can be picked up at the restaurant on Delaware Avenue in Albany or at the Saratoga Museum of Dance on Broadway.

For more information on the GALA visit mohawkhudson.org, the shelter’s Facebook page or call 518-434-8128.

The GALA going virtual is not the only thing different at the shelter, and things will likely be different for at least the foreseeable future, Bouck said.

“We are getting used to the new normal and figuring out what that will be,” she said. “We are starting to resume some of our regular business, but things are a little different under the new normal.”

For example, rather than allowing people off the street to walk in and check out animals, all adoptions are appointment only and that will probably continue for at least a while. When a person sees a dog, cat, hamster, snake or other type of animal they want to adopt, they fill out an online application and then make an appointment to meet the animal outside the facility. Transactions are handled on the sidewalk.

“It’s not ideal but it has worked out well,” Bouck said. “We have reimagined how we do business, like so many non-profits have had to do. Our mission doesn’t stop just because we have COVID going on.”

Many of the employees are working from home to keep the number of people coming and out of the center at a minimum while still providing top notch care to the animals. And there are the usual hand sanitizing stations, mask mandates and social distance protocols in place like any other business.

While the shelter is best known for caring for animals until they find their forever home, it offers so many other programs that often fly under the radar, Bouck said.

The pet food pantry was particularly busy over the last few months as thousands were laid off or furloughed and without a pay check, may have otherwise had a difficult time feeding their pets. From March, when the pandemic hit, through May 1, it distributed thousands of meals for pets and recently received another 47 pallets of food to distribute. Since March, it also managed to adopt out 150 animals.

It has also teamed up with Unity House to care for pets if a woman finds herself in a domestic violence situation but might be reluctant to leave because the accommodations may not take pets. And it offers veterans reduced adoption fees. It also has a spay and neuter clinic and will accept any pet who needs a shelter regardless of its physical condition or behavioral history.

“People think of the Humane Society as a place you adopt cats and dogs, and while that is true, one goal I have over this next year and into the future is for people to get to know us better and know all the services we offer,” she said.

MHHS has a storied history, providing shelter and care for lost, abused and unwanted animals of all sorts since 1887. It receives more than 6,000 pets a year on average and serves as the SPCA for Albany and Rensselaer counties, investigating and prosecuting cases of animal cruelty.

In 2017, a state-of-the-art, 32,000-square-foot building was constructed on the Menands site off Broadway to replace a 1913 “barn” that was one of the first structures in the U.S. built with the purpose of being an animal shelter.

“It is humbling to be a part of an organization that has so much history and to be a part of that legacy,” she said. “I will be playing a small part in the impact we have had over all these years.”

LETTER to the EDITOR: Masks have done nothing