New Music Friday in the 518 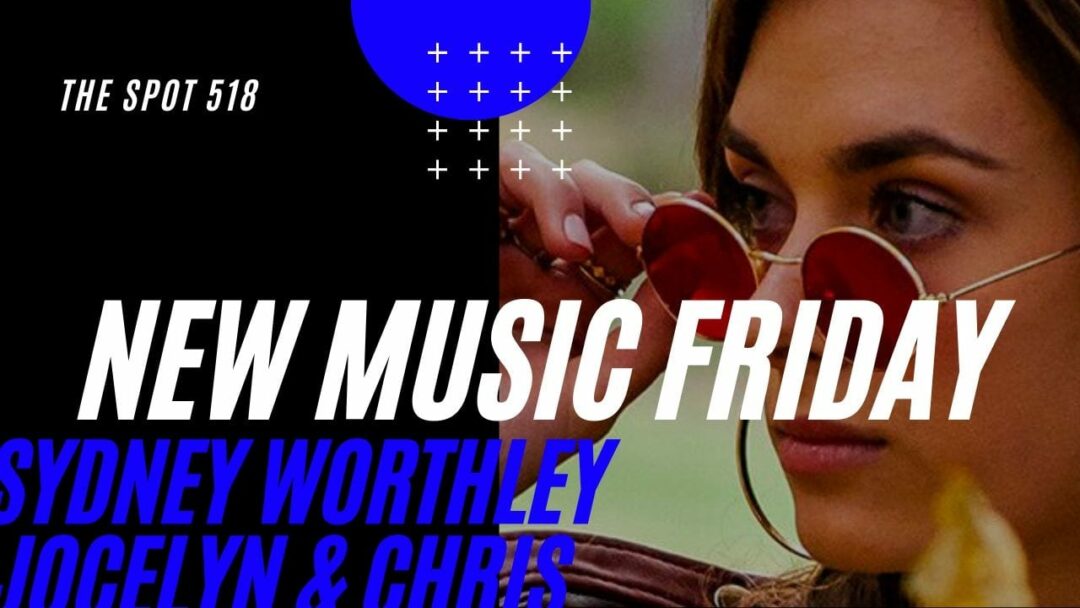 Sydney Worthley has a new EP set for release today, Friday, May 1.

“Rose Colored Glasses” is a five-track EP, and it’s her first release since her debut album “Strong.” The new album was mixed and mastered by John Naclerio at Nada Recording Studio in Montgomery. Naclerio has worked with My Chemical Romance, Senses Fail, Matchbook Romance, Midtown and Brand New in recent years.

Worthley has long shown an honest intimacy with her listeners. As “Strong” shared the story of her dealing with each of her two grandparents dying from cancer, in “Rose Colored Glasses,” she opens up to how she deals with her own depression.

“I’ve dealt with depression for four or five years now,” Worthley said. She also deals with anxiety, which she believes contributes to her shyness. The name of the EP addresses how she’s felt with her own situation. She had ignored the “red flags” that triggered a recent lack of interest in music, a love she’s had since she was 8 years old. She felt she wasn’t turning into the person she wanted to be. “It’s hard to see the red flags when you’re wearing rose-colored glasses.”

Worthley has been a proponent for mental health awareness. In 2018, she performed at Hope Rocks Festival. The annual music festival in Saugerties intermingles music with crafts, sports and other activities to welcome those suffering from addiction and depression to attend. Worthley said she believes in the merits of therapy and medication. Depression, she said, “It’s something you can’t really get past on your own.”

Jocelyn and Chris Arndt dropped a surprise upon fans earlier this week with a giant, collaborative effort involving more than a dozen musicians across the globe.

The sister-brother duo dropped a cover of Alannah Myles’ “Black Velvet” on Sunday night. The video showcases the work of musicians from Albany to India, mixed and edited by David Bourgeois of White Lake Music & Post and Bridge Road Entertainment.

“Let me tell you, it was a heavy lift,” said Bourgeois, who in addition to playing drums for Jocelyn and Chris, he manages the band.

“It was so fun,” said Bourgeois. “Everyone was great. From local friends to people like Bernie who tours with Moody Blues and Sarah McLachlan.”

Hartley’s Encore once billed itself as the “house band at your dance party for the apocalypse.” Well, that soulful band with an eye for the prophetic released a new single Monday, “Eyes Open.”

The local boys with a flair for the New Orleans sound dropped both the song and a corresponding video. “Eyes Open” is the band’s first single off its upcoming album “Neutral Ground.” It’s the follow-up to the band’s 2018 debut. The new project took them back to Iron Wax Studios to be recorded and mixed by Alan Evans, of Soulive. The album was also mastered by Tod Levine at Magnetic North Studio.

The video, captured by Nate Hallmark and Scotty Somerville, features the band jamming together in a candlelit apartment, with Luke Malamood playing behind a baby grand piano. It gives the sense of a handful of friends sequestering themselves off from a desolate outside world, complete with the quiet streets of downtown Albany. Off-camera is Malamood playing a Hammond organ and Jeff Nania on saxophone.

The nine-track album offers a gift to live music lovers. “Common Ground” was recorded, mixed and mastered by Josh Pechette at Pechette Studios in Albany. “Mr. Spacemen” and “Nellie Kane,” however, were both recorded live at the Old Kinderhook Fall Festival in Kinderhook. The band said it liked how both tracks captured the energy and excitement of a Three-Quarter North performance, and it couldn’t come at a better time.

The band acknowledges current events in the liner notes captured on its Bandcamp account. The album’s second track, “Inside Walls,” is a song they’ve played for years but never recorded in a studio. With Mark Smith and Dave Rhodes singing lead vocals, and a robust chorus, the band asks fans to picture themselves “outside listening around an evening campfire” while “we’re all stuck inside due to the COVID-19 pandemic.”

SPOTLIGHT ON BUSINESS: Your lifestyle glow-up is located at South Island Apartments