Sydney Worthley more in touch with her music in upcoming EP 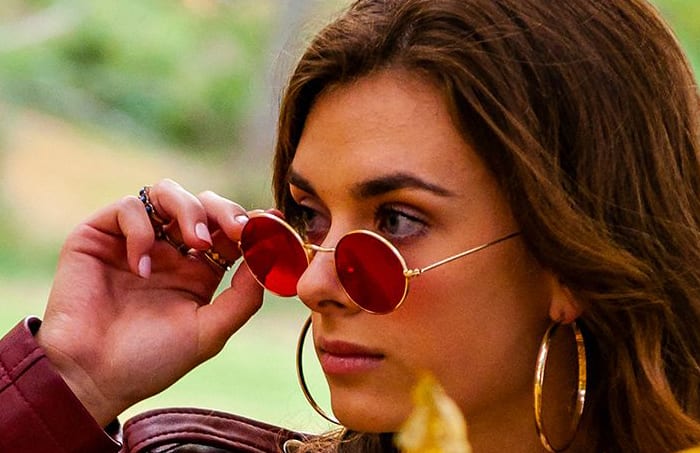 Like everyone else in the world, singer-songwriter Sydney Worthley is approaching her future with wide eyes but with Rose Colored Glasses set aside.

The waning days of Worthley’s high school days are spent at home. Video chat rooms may adequately replace the classroom, but there’s little to replace the idle chatter from the hallways between classes. Whatever sense of “senioritis” she felt this spring has been replaced with hope for a quick end to a nearly two-month shutdown from school.

Though some plans remain suspended in a limbo of uncertainty, Worthley’s high school still plans to conduct some form of a ceremony for its graduating class. That’s still set for sometime late in June. Before that, however, she’s got a new EP set for release this Friday, May 1.

“Rose Colored Glasses” is a five-track EP, and it’s her first release since her debut album “Strong.” The new album was mixed and mastered by John Naclerio at Nada Recording Studio in Montgomery. Naclerio has worked with My Chemical Romance, Senses Fail, Matchbook Romance, Midtown and Brand New in recent years.

“Strong” opened opportunities for the teenaged artist. She opened Saratoga’s First Night festivities with Sawyer Fredericks, performed at Mountain Jam and she later shared the stage with Moriah Formica and Grammy Award-winning songwriter Julie Gold at 518 Songfest at The Egg in 2018. Worthley’s performance at 518 Songfest moved the “From a Distance” artist, who was tentatively listening from on stage.

Now, a few years removed from a busy 2018 and stepping out on her own without a manager, Worthley shows growth in her latest release. While “Strong” exhibited a mix of musical styles, Worthley said she’s honed her sound to something more aligned to pop folk. Each of the five tracks are quick shots clocking in at less than three minutes. The whole EP is faster in pace, played with a more up-beat sound, yet continues to showcase her talent for songwriting.

Worthley has long shown an honest intimacy with her listeners. As “Strong” shared the story of her dealing with each of her two grandparents dying from cancer, in “Rose Colored Glasses,” she opens up to how she deals with her own depression.

“I’ve dealt with depression for four or five years now,” Worthley said. She also deals with anxiety, which she believes contributes to her shyness. The name of the EP addresses how she’s felt with her own situation. She had ignored the “red flags” that triggered a recent lack of interest in music, a love she’s had since she was 8 years old. She felt she wasn’t turning into the person she wanted to be. “It’s hard to see the red flags when you’re wearing rose colored glasses.”

Worthley has been a proponent for mental health awareness. In 2018, she performed at Hope Rocks Festival. The annual music festival in Saugerties intermingles music with crafts, sports and other activities to welcome those suffering from addiction and depression to attend. Worthley said she believes in the merits of therapy and medication. Depression, she said, “It’s something you can’t really get past on your own.”

The singer-songwriter said she does not want to be the type of artist who continues the stigma surrounding mental health issues, but her craft enables her to share her experience.

“That’s the goal,” Worthley said. “To get my messages out to people and have it touch them.”