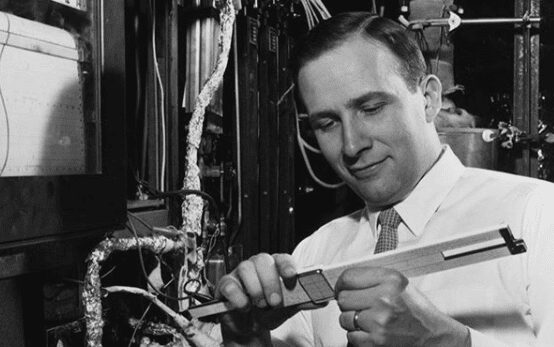 SCHENECTADY — miSci mourns the loss of one of the museum’s former trustees, the first known death associated with the novel coronavirus in the Capital District.

Walter Robb, a retired General Electric executive, who had a hand in several endeavors across the region that included philanthropy, sports and education, died Monday, March 23, due to complications associated with COVID-19. The 92-year-old was reported as the first local resident to die from the virus.

Gina C. Gould, miSci president, expressed a “profound sadness” in a statement released by the museum the following day.

“Walt touched countless lives with his generosity and loyalty to his mission, which was to be innovative,” she stated. “At miSci, his genuine kindness and zeal for education touched all of us personally. The joy he exuded while exploring a new exhibition was palpable to everyone in the room. He would sit and watch how people interacted with the exhibits and share how he would do it better.”

Robb was an engineer at GE before earning the role of director of its research and development center. He is credited for improving advanced imaging equipment, including work with computed tomography and magnetic resonance imaging. He received the National Medal of Technology and Innovation in 1993.

Robb was also known as a sportsman. He owned both the Albany River Rats of the American Hockey League and the Albany Conquest of the Arenafootball2 League. His accomplishment of climbing Kilimanjaro at age 69 was noted in an obituary published by the Wall Street Journal. But his visibility in the community was most recently observed through his work at miSci.

Robb served the museum as a trustee for six years after joining the board in 2000. He remained on its finance committee for several years and helped the museum curate some of its most successful exhibits, including one closely associated with his work on MRI technology.

Gould shared how the two formed a friendship shortly after she was named the museum’s president in 2018. She expressed how they both shared a love for sharing science and experiences with the public. She also credited him with helping the museum develop its 5,000 square-foot traveling exhibition that is to debut late next year. “His passing is a tremendous loss to the Capital Region community, to miSci, and me personally,” she said.

“We will continue developing Walt’s story in his stead, all the while remembering that he was the embodiment of the best that humanity has to offer: curious, passionate, of keen mind and spirit, and merry,” Gould said.