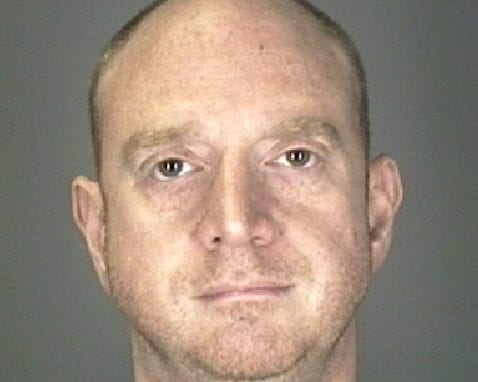 COLONIE — A 42-year-old substitute teacher at Shaker High School was arrested for photographing a 17-year-old student in the bathroom.

Instead, the student managed to take the substitute teacher’s photo and turned those photos over to authorities leading to his arrest.

According to police and school officials, Jeffery Wellman, of Albany, had been working as a non-certified substitute through Capital Region BOCES since 2015. On Tuesday, Feb. 11 the student was in one of the stalls at Shaker High when he spotted a cell phone come under the divider from the adjoining stall.

At first the student thought the person dropped the phone, but noticed it wasn’t just resting on the person’s foot but angled up into his stall. The phone appeared to flash two or three times and the student realized the person was trying to take his photo.

The student grabbed Wellman’s leg and held on while he used his own phone to take a video.

Wellman ran out of the bathroom and sent a text to school officials, saying he was ill and had to go home.

After examining the student’s video, it was determined it was Wellman. Also, video cameras in the hallway show Wellman pacing in front of the bathroom before entering. Once he did enter, he stayed in the bathroom for more than 20 minutes before exiting suddenly.

The student and his mother were interviewed by the School Resource Officer, Brianna Pierce, and together they went to the Colonie Police Department to file a formal statement.

Investigators went to Wellman’s Albany home and arrested him on the charge of unlawful surveillance, a felony.

His phone and his laptop were confiscated.

There is no indication or reports of other victims, but due to the nature of the charge and

defendant’s profession anyone that may have been victimized or who has information about the defendant is urged to contact the Colonie Police at 518-783-2744.

RCS community pools together to help Australia after record bushfires