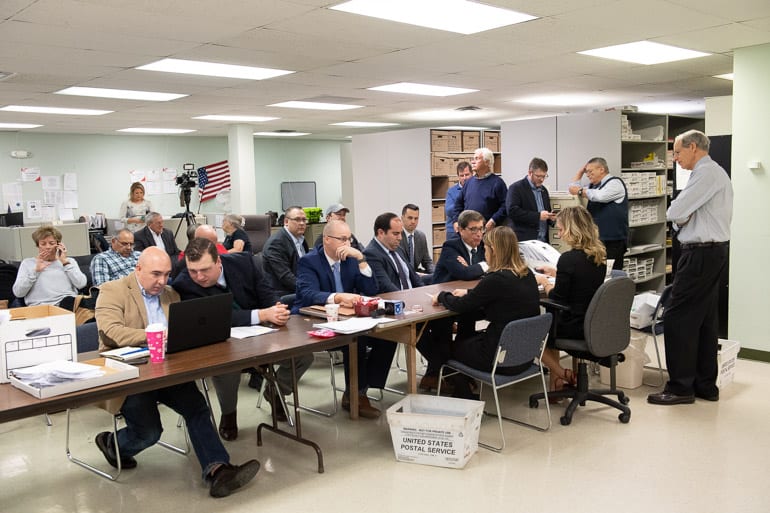 After the majority of more than 750 absentee ballots were counted at the Albany County Board of Elections on Tuesday, Nov. 19, Mahan’s 62-vote lead over Republican George Scaringe on Election Day nearly doubled when officials all but called it quits.

With about 260 left to be counted, Mahan had a 122-vote lead and officials had given up the arduous task of inspecting and counting each ballot by hand, and instead counting by machine, according to people at the Board of Elections from the Democratic Party camp.

Until about 3 p.m. officials on both sides, as well as personnel from the Board of Elections, were pouring over each absentee envelop and ballot to ensure they were properly filled out and filed. If both sides agreed to the ballot’s validity, it was counted, if one side objected it was laid aside to get fought over later. It was unclear how many were laid aside, but not enough to swing the election.

On Election Day, Mahan led Scringe by an unofficial count of 10,269 votes and Scaringe had 10,207. This was the first election cycle where New York state allowed early voting and the tally on Election Day was the count after nine days of voting.