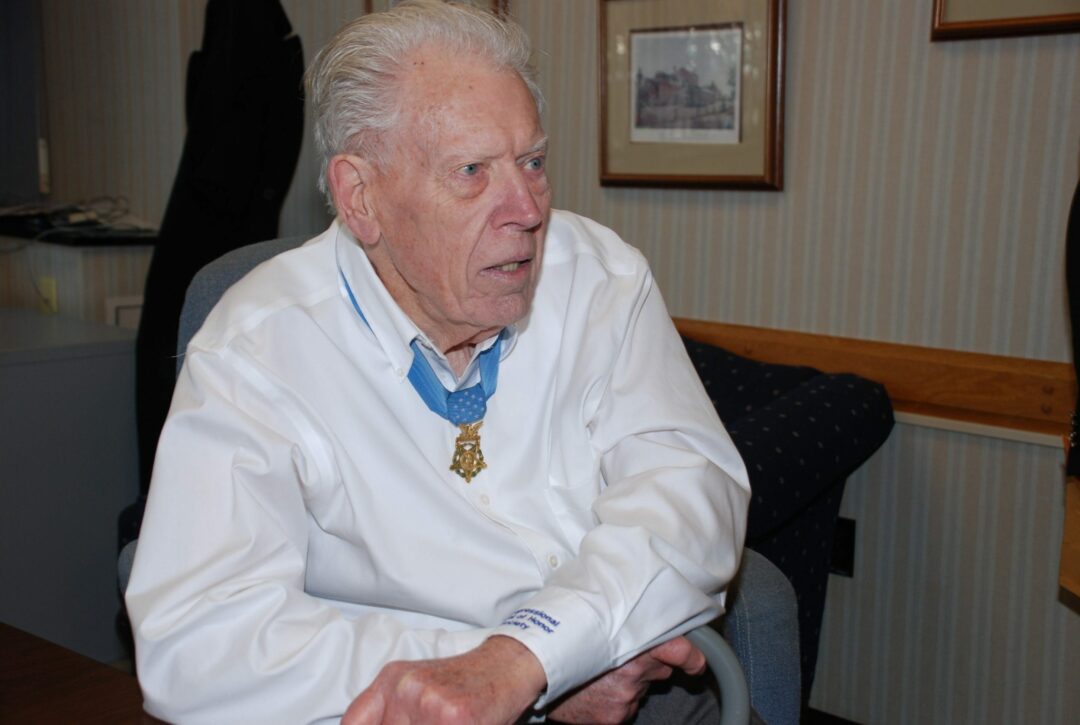 Francis S. Currey, above, was one of the last few surviving World War II veterans who received the Medal of Honor. Tom Heffernan Sr. / Special to Spotlight News

Since this article’s publication on Wednesday, Oct. 9, a larger follow-up story has been published on Friday, Oct. 11 and is now available.

His death was announced in a Facebook post on Tuesday, Oct. 8 by the Delmar-based Nathaniel Adams Blanchard Post 1040 of the American Legion, which he had been involved in. The exact time, nature and location of his death have yet to be confirmed.

Currey, of Selkirk, was originally born in Loch Sheldrake, New York on June 29, 1925 and joined the U.S. Army when he was 17 where he eventually became a technical sergeant. According to the Digital Collections of the National WWII Museum, on Dec. 21, 1944, Currey risked his life when German infantrymen shot at his direction in Malmedy, Belgium during the Battle of the Bulge. He countered with a bazooka and anti-tank grenades, and rescued five fellow American soldiers who were trapped by German tank rounds. He was just 19 at the time.

His heroic actions earned him the Medal of Honor — the highest and most prestigious decoration for an outstanding U.S. military service member for acts of valor —  and has been said to win the battle and shorten the war. According to a July 14, 2006 article by the Times Herald-Record, a GI Joe action figure was crafted in his image back in 1998.