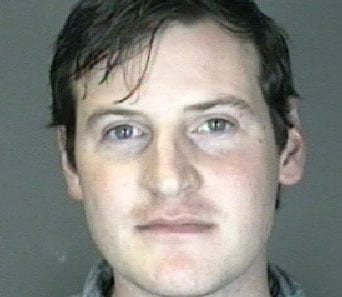 COLONIE — After a three-month investigation, police arrested a 28-year-old Schenectady man on Wednesday, Oct. 3 for allegedly trying to meet a 12-year-old girl or sex.

According to police, Stephen Walling messaged an undercover investigator thinking he was conversing with a pre-teen.

The contact, said Lt. Robert Winn, involved text messages of a sexual nature and ultimately scheduling a meeting in the parking lot of a Troy-Schenectady Road business.

At 6:02 p.m. Walling, who lives on Campbell Avenue, went to the business and instead of meeting the girl he was put in handcuffs.

Digital media devices were seized and were turned over to the State Police Troop G Computer Crimes Unit for forensic examination.

There are no known real victims, Winn said, and there was never a 12-year-old in communication with Walling. But, anyone with information or believes they may have been a victim is asked to contact Colonie police at 518-783-2744.

Walling was sent to the Albany County jail pending arraignment in Colonie Town Court on the felonies of attempted criminal sex act and attempted dissemination of indecent material to a minor.

COLONIE LIBARY: Orchids at the library