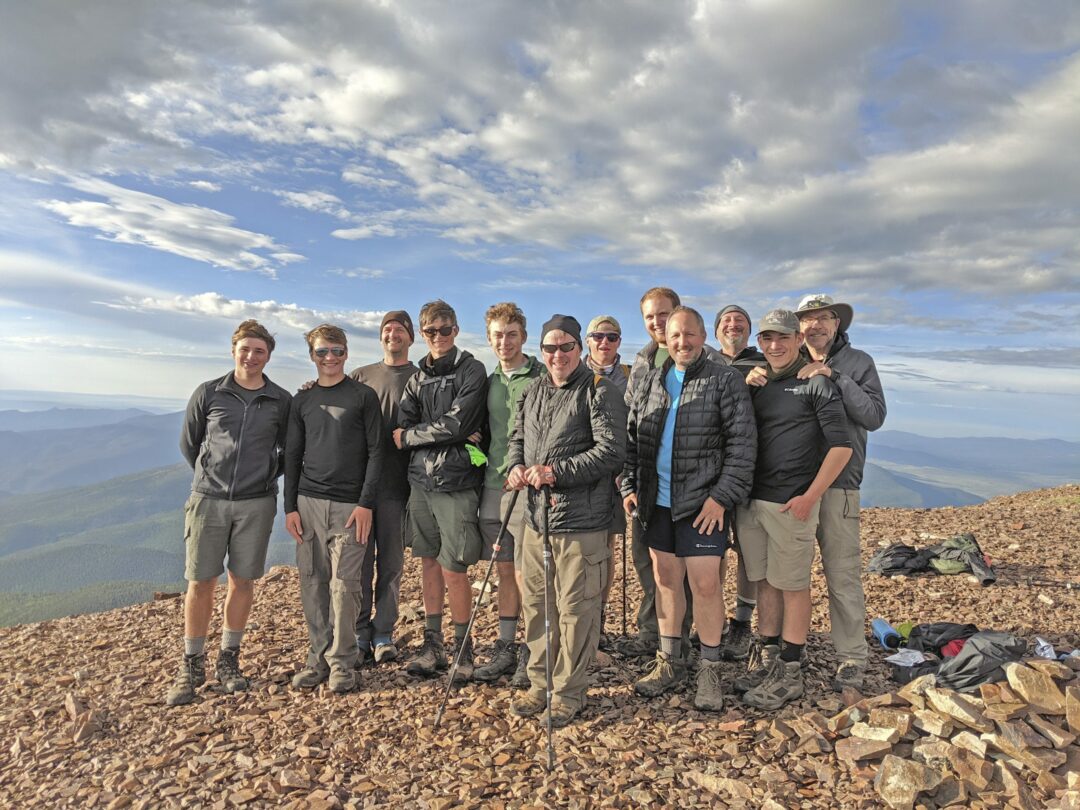 Boy Scout Troop 58 stand upon the summit of Baldy Mountain in New Mexico. The troop has a long history in Delmar. In fact, it goes 100 years long. Submitted photo

The troop will hold a formal celebration on Saturday, Nov. 16 at the Nathaniel Adams Blanchard Post 1040 of the American Legion.

To be located on 16 West Poplar Dr. in Delmar, the event will “basically be a birthday party … but it is still in its formation phase and we’ll have more information as we get closer to the date,” said Robert Herzog, the liaison between Troop 58 and Post 1040, and the former’s chartered organization representative. “It’s a rarity that a troop maintains itself for 100 years and it is a wonderful event that a troop can maintain its continuity.”

According to its website, Troop 58 was originally formed in fall 1919 as “Troop 1 of Elsmere” and it kept that name until 1926; it was then renamed as “Elsmere Troop 58” at that point, although it is unclear when it officially became renamed as “Delmar Troop 58.” Through the decades, the troop has changed its meeting place numerous times, including at Post 1040, the Elsmere Elementary School, the former Bethlehem Community Coffee House and Bethlehem Town Hall.

Herzog said as part of the troop’s centennial celebration, it is planning to reach out to past alumni and staff in addition to its current roster of around 30 scouts.

Robert Leslie, one of the troop’s committee members, said the current scouts “mostly, if not all, are residents of Bethlehem and go to Bethlehem Central for school.” He added that it’s “pretty cool” that the troop is hitting its centennial and he brought up that he himself was one of its Boy Scouts when he was around 15 years old.

Rob Janeski, the troop’s committee chair, said the Nov. 16 celebration is “in the planning stages but we can guarantee that it’s an opportunity for current and former scouts as well as families to join in and reminisce and celebrate the achievement of the last 100 years. We’ll start reaching out to alumni just after Labor Day.”

Regarding the centennial itself, he said, “It’s terrific and it’s a testament to quite honestly our sponsor organization, Post 1040. I think our scouts have learned how to give back to the community and also to grow individually.”

Speaking on individual growth, Leslie was the lead advisor for Troop 58’s recent trip to the Philmont Scout Ranch in Cimarron, New Mexico from July 28 to Aug. 12; he said 10 scouts and a few scouters or advisors were able to go. Not all of its scouts could go as it was a “high adventure experience” which allowed only those aged 14 and over.

Among the things they did, according to Leslie, included marveling at a Tyrannosaurus rex fossil, a rope course, touring a copper and gold mine, and restoring a worn trail to its natural conditions as part of a three-hour conservation project. “We had an itinerary that the scouts had chosen based on their interests,” he said. “Certainly, they learned perseverance and most of them will earn the Hiking merit badge, the 50-Miler Award and the Backpacking merit badge. They learned to cook on a gas stove, how to prepare and cook meals, how to survive in the wilderness and have a leave-no-trace-behind mindset where they took nothing but only pictures wherever they went and not disturb anything.”

Leslie concluded, “It’s an opportunity for them to extend themselves and the trip is the culmination of a lot of years and learning basic scouting skills like survival, cooking and the safe use of tools. It’s an exciting and different thing that most kids don’t get an opportunity to do.”

Looking ahead, besides the Nov. 16 centennial celebration, the three men said some things Troop 58 can expect include a flatwater canoe trip in September and possibly a hiking trip in October or November.

Supplying students for a fresh start