Altamont Fair kicks off today with focus on agriculture, history

by Diego Cagara
in Environment, News
0

GUILDERLAND — While the annual Altamont Fair is best known for boasting plentiful rides and entertainment shows, its organizers plan to continue focusing on agriculture, animals and its origins as a farmland.

Lots of planning goes into the fair, in an effort to show attendees that the fair goes beyond animal shows, rides, and so-bad-yet-so-good food. It carries a message.

The Altamont Fair works with organizations such as 4-H Youth and the Cornell Cooperative Extension (CCE) to set up engaging activities, informative museums and animal encounters so people can understand how important agriculture and farming are in the local community. 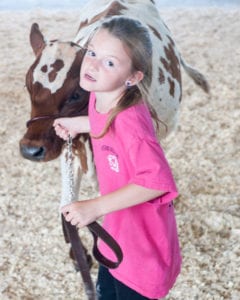 4-H Youth is a youth development program (for people aged 5 to 19), under CCE, where members learn to become active citizens, gain leadership skills, understand responsibility and attain life skills via hands-on learning. In turn, CCE, an educational mission-based outreach program from Cornell University, which receives annual funding from the state, concerns itself with agriculture, energy, the environment, food and nutrition, and gardening.

Amy Anderson, manager of the Altamont Fair (officially known as the Albany, Schenectady, Greene County Agricultural and Historical Societies, Inc.), explained that 4-H Youth members  attend the fair and have the opportunity to interact directly with attendees, through activities, trivia and animals to both entertain and educate them. Locals can meet them at the 4-H Building situated in the southeastern corner of the fairgrounds.

“The kids will exhibit their animals all week long while earning points and competing,” she explained. “It’s a great way for them to not only be very actively engaging and build strong communication skills, but they also encourage the locals to come up and learn more about why it’s important to know about animals in general.”

Anderson is particularly approving of these activities, because she “wants people to learn more about animals and how they live. One time, I was walking through an area in the fair and a boy said to his mom, ‘Look at that big dog!’ But it was a goat actually.”

She stressed the importance of children seeing and perhaps even getting up close with animals, which relates to 4-H Youth’s hands-on learning-themed slogan: “Learn by doing.”

“I also want people to know about how certain species are endangered and why we have to be more mindful of that. That’s why I can understand animal rights activists,” she said. “I mean, look at bald eagles, they almost went extinct actually but they’re now here to stay because of conservation efforts.” 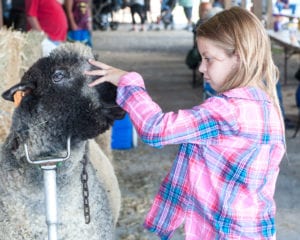 The 4-H Building will be open from 10 a.m. to 10 p.m. every day at the fair. The 4-H Sheep Show, 4-H Dairy Goat Show and 4-H Horse Show are among the animal-themed events taking place there.

In addition, the aforementioned CCE will have master gardeners appear at the fair who will speak to locals about agricultural topics like insects in crops and soil acidity. They will be available for consultations in the Flower and Fine Arts Building, located in the northeastern area of the fairgrounds.

Pat Canaday, the fair’s treasurer, said that the fair will continue emphasizing its farmland roots and rich history since its inception in the late 19th century. It will have animal-themed places like the Cattle Barn, Sheep and Goat Barn, Pony Show Ring, and Dynamo Dogs.

“We will also have a place called the Wild World of Honeybees where people can go in and see all the countless bees there, including the queen bee herself,” Canaday said. “There will also be agricultural information about bees’ role in farming which also adds to how we want to have an education element at the fair.”

In addition to the live animal exhibits, there will be seven museums which will “have aspects of rural life, the town’s agricultural roots and its progression throughout the decades,” according to Anderson. “It’s great that kids can learn what life was truly like back in the old days, especially those from kindergarten through eighth grade.”

There will be a farmhouse museum that will teach locals about the town’s original farming and way of life, with a certain focus on women, who had to cook with a coal stove or wood stove, for instance. There will also be a building called “1890s Building – Village & Carriage Museum” where visitors can view how the village of Altamont would have been like back then. There will be an old-fashioned “cobbler shop, post office, saloon, Western Union station, a print shop, and the hardware store,” according to the fair’s website, with horse carriage, and axe throwing demonstrations. 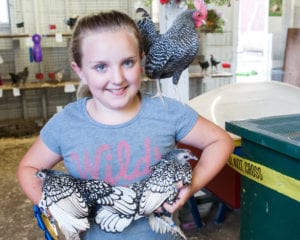 This relates to how Canaday said that the town used to be big on farming and was a dairy farm, explaining the numerous animal and agriculture-themed sights at the fair.

She brought up how children will get a chance to stick their hands under fake chickens there and collect eggs, which Anderson added that “it will help teach them that eggs don’t just come from Price Chopper, for example.” She also said that kids can practice handheld farming where they could pick plastic apples and pears from fake wooden trees and learn to “correlate that fruit comes from trees.”

“We’ll have an Agriculture Awareness Trail for those under 12 years old where they can find clues throughout the building and fill out answers, then they can enter into a drawing,” Anderson said. “It will be about random agriculture facts and I find it funny how many people are still surprised that goats, not cows, produce the most milk.”

This recurring theme of hands-on learning “can be very educational for people. Like city kids would get to milk an animal for real and they think it’s the coolest thing in the world,” she also said. “To put their hands under there and experience what’s it really like, I just love the looks of wonder on their faces and their brains processing in excitement.”

With such a magnified focus on animals, agriculture, the local history and children, the fair aims to be a success in both entertaining and educating incoming visitors.

“It’s important to learn history and where we come from and how we got here. Without farmers, we would not eat and have clothes,” Anderson concluded. “People have forgotten how farming and agriculture are important. Today, everyone cares for cities and colleges. But they should also keep in mind that farms are the most important thing sometimes.”

Family looks to start foundation in memory of Niko DiNovo

Airport, Northway getting a $92 million upgrade

Airport, Northway getting a $92 million upgrade