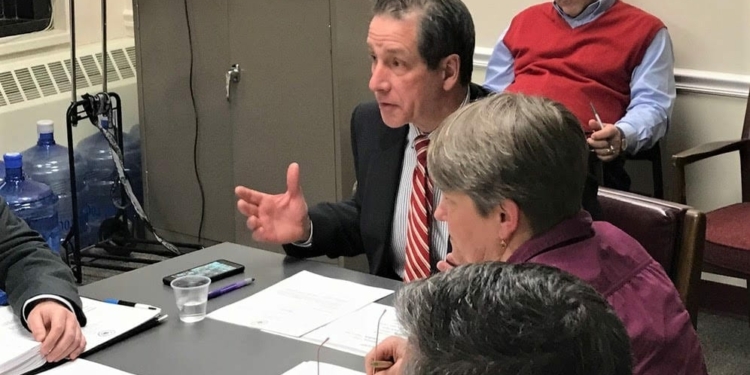 ALBANY COUNTY—County legislators have approved a resolution to amend the county budget by almost $60,000 in order to implement an updated public information system that will make it easier for county residents to access legislation, voting records and more.

“I couldn’t be more pleased with the work that Lynne and Mark have done,” said Joyce in a press release on Wednesday, June 13. “Making the legislative process more accessible to the people we serve and bringing complete transparency to the Legislature are the types of changes Albany County deserves.”

Joyce was elected chair at a time when party priorities are shifting and Democratic members are increasingly focused on transparency, inclusiveness and progressive policy.

The budget amendment approved on Monday, June 11, will allow the county to purchase Granicus hardware and software that will make legislative materials searchable by name, committee, sponsor and more, as well as provide legislators with the ability to electronically check into legislative meetings and cast votes in real time. A large screen television in the legislative chamber will allow visual aids to be utilized when discussing various issues, and each legislator will have access to their own iPad during legislative meetings and be able to take notes, as well as access all materials online rather than receiving a physical print-out in advance of meetings. In addition, Granicus, the largest provider of cloud-based public sector software, will provide training for staff and legislators.

“Many of us are looking forward to helping the public obtain information, saving time and increasing efficiencies,” said Lekakis. “Imagine being able to access the workings of the Legislature with a click or two. It’s unlike anything the Legislature has done before.”

“The overwhelming support for this resolution sends a strong message,” said Grimm. “Its passage will make it easier for citizens to understand and follow what we are doing and therefore more likely to become part of the discussion.” He thanked Joyce and Lekakis for their leadership.

After one-time costs associated with hardware purchases, training and configuration, the annual cost to the county will be less than $34,000 in each of the first three years, or during the term of agreement, and will be covered by an existing communications equipment budget line.  The additional first-year costs will be covered by the approved budget amendment moving $59,496 from the 2018 budget line for miscellaneous contractual expenses to the line budgeted for communications equipment.

The new system is expected to go live by September, following an implementation and training period.

Two more charged in road rage incident, including the victim