HBO Documentary “I AM EVIDENCE” to premiere in Albany this Thursday 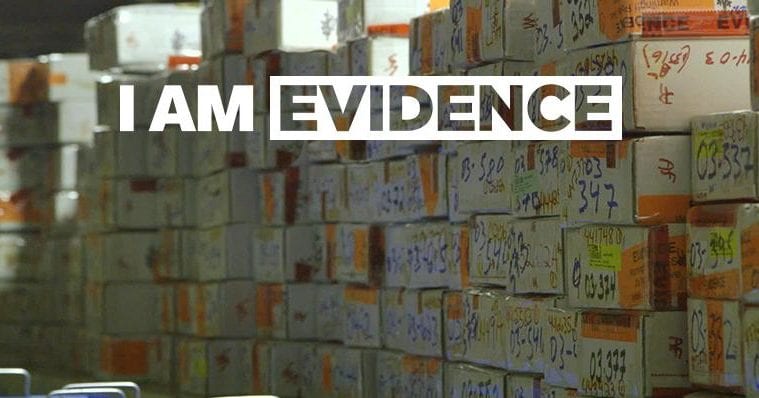 ALBANY—April is national Sexual Assault Awareness Month. First proclaimed by President Barack Obama in 2010, SAAM has been coordinated as a month-long campaign by the National Sexual Violence Resource Center since 2001 and has been generally observed by sexual violence coalitions and victim advocates since at least the late 80s. The theme for 2018 is “Embrace Your Voice.”

Locally, the Albany County Crime Victim and Sexual Violence Center and the St. Peter’s Health Partners Sexual Assault and Crime Victims Assistance Program will host a viewing of the 2017 HBO documentary I AM EVIDENCE, produced by Law and Order: SVU actress Mariska Hargitay, on Thursday, April 5, at 7 p.m. at the Palace Theatre in Albany.

The film, which premiered internationally at the Tribeca Film Festival last April, follows four rape survivors who must go about their daily lives as their rape kits remain untested.

“Why is there a rape kit backlog,” ask filmmakers. “What can we do to fix the problem?” I AM EVIDENCE explores those questions through survivors’ experiences as they trace the fates of their kits. The documentary illuminates how the system has impeded justice while also highlighting those who are leading the charge to work through the backlog and pursue long-awaited justice.

“At its core, this issue is about survivors,” said Hargitay. “What mattered most to me in making I AM EVIDENCE was bringing their stories into the light and giving them the space to tell their truths. And not just of their assaults, but of the effect of a flawed criminal justice system that left their rape kit untested and their cases unresolved.

I am deeply inspired by the advocates and survivors who have engaged in this work for decades. I AM EVIDENCE also allows us to shine a spotlight on the remarkable efforts in communities across America to bring an end to this injustice. With this film, as we elevate the voices of those most impacted, we aim to provoke outrage, mobilize the public, underline the urgency of this effort, and ultimately, join forces with advocates across this country to end the backlog.”

The goal of SAAM is to “raise public awareness about sexual violence, educate communities on how to prevent it and bolster prevention efforts throughout the year.” In addition to publishing toolkits for individuals and organizations to plan and implement a SAAM campaign in their local communities, NSVRC has published several new resources, including tip sheets on: Workplace Sexual Harassment and Bystander Intervention Tips & Strategies.

“We know that one month isn’t enough to solve the serious and widespread issue of sexual violence, but Sexual Assault Awareness Month is a reminder that we can change the culture through the things we say and do each day,” said NSVRC Communications Director Laura Palumbo. “It can be as simple as calling out comments that blame victims for being assaulted or make light of sexual violence. Showing your support for survivors by wearing teal throughout April is also one way you can embrace your voice for change.”

NSVRC is encouraging individuals and communities to wear the color teal, a symbol of sexual violence prevention and the official color of SAAM, throughout the month of April to show support and promote awareness.

According to the National Sexual Violence Resource Center:

• One in five women will be raped in their lifetime, and one out of every ten rape victims are male.

• Rape is the most under-reported crime; 63 percent of sexual assaults are not reported to police. Only 12 percent of child sexual abuse is reported.

• One in five women and one in 16 men are sexually assaulted while in college. The vast majority of sexual assault crimes on college campuses (90 percent) are never reported.

• Despite misconceptions, the prevalence of false reporting for sexual assault crimes is low – between two percent and 10 percent.

[quote] The rape kit backlog offers one of the clearest and most shocking demonstrations of how sexual assault victims are regarded in our society. Testing rape kits sends a fundamental and crucial message to victims of sexual violence: ‘You matter. What happened to you matters. Your case matters.'” [/quote]

PICK of the WEEK: ‘Nightmare on Elm Street’ star Robert Englund to appear at The Empire State Comic Con

SPOTTED: Colonie scores three in the bottom of the last to beat Bethlehem