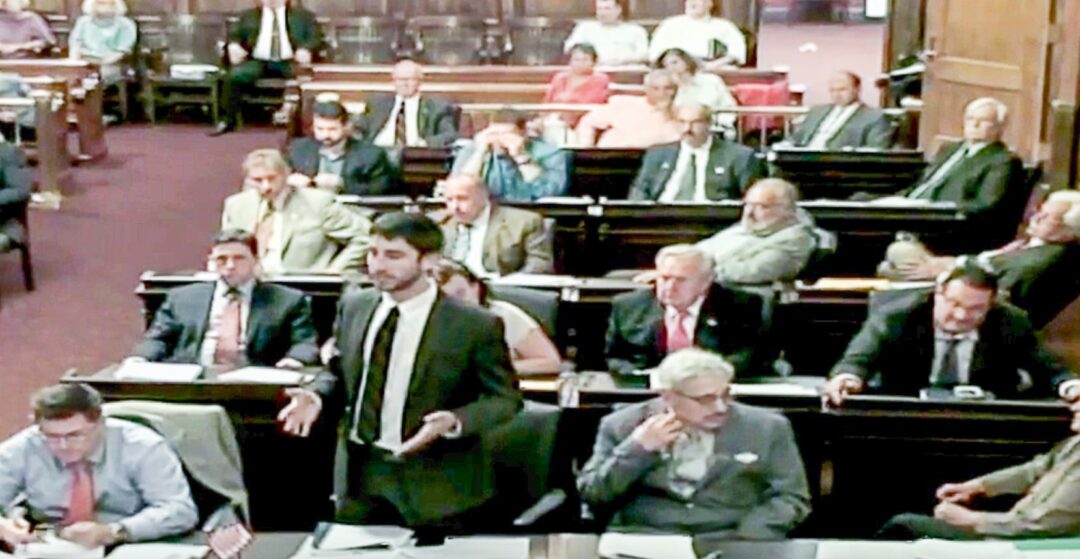 Asserting that the practice of requiring job applicants to provide previous salary information only serves to perpetuate the wage gap, the Albany County Legislature has passed Local Law P for 2016, amending the county ‘Omnibus Human Rights Law’ to make it unlawful for any employer within the county to:

Screen job applicants based on previous wages, benefits, salary history or other compensation, including asking for minimum or maximum salary requirements;

Request or require that an applicant disclose such information as a condition of being interviewed or remaining in consideration;

Seek salary information from current or former employers (an applicant may provide written authorization to a prospective employer to confirm prior wages, but only after an offer of employment with compensation has been made to the applicant.)

“The Legislature further finds that salary offers should be based on the job responsibilities of the position sought and not based upon the prior wages earned by the applicant,” reads the legislation. “Therefore, the purpose of this Local Law is to help address the wage gap between women and men…”

Legislator Bryan Clenehan (D-30), chair of the Law Committee and sponsor of the legislation, called it a new tool. The state of Massachusetts, the New York City Council and the City of Philadelphia are the only other governments in the nation to have passed similar legislation.

Many legislators stood up and spoke before the roll call vote. Many pointed out that the new law will benefit more than just women, noting that minorities and those who have spent time out of the work force due to personal or health reasons would also be able to negotiate more equitable compensation.

Legislator Mark Grimm (R-29), a business owner in Guilderland, said the law would benefit everyone equally, regardless of sex, color or creed. “If they know how much you’re making, the employer has an advantage,” he said, characterizing that advantage as unfair. “The first person to put a number on the table loses the negotiation.”

However, some still expressed concerns about specific situations. Legislator Peter Crouse (R-24) raised a question about how prospective employers would gauge the performance of commission-based applicants without prior earnings information. Several other legislators quickly addressed his concerns, offering alternative means by which to measure professional success, such as asking for the number of units the applicant was able to sell or how he or she affected market share at his or her previous job.

Legislator Paul Bergdorf (R-23) said that while he is generally opposed to telling businesses how to operate and had voiced concerns about how to apply the law to various business models, he was encouraged by the fact that similar legislation was passed by the New York City Council. Given the complexities of the finance industry and the sheer size and diversity of businesses in New York City, he said he was comforted that the county will be able look to them to see how potential complications are resolved.

Legislator Todd Drake (R-19) wondered how the county was going to ensure that employers have been made aware of the new legislation, noting that he receives most of his labor news through postings from the state. “How are we going to going to make people aware that this is out there,” he asked.

Outreach efforts, traditional media sources and the use of social media were all mentioned as potential vehicles for disseminating the information to county employers and their prospective employees.

A roll call vote was taken and the legislation passed unanimously.

After taking effect in November, the law will be enforced by the Albany County Human Rights Commission.

The Legislature passed a number of other measures this month, including:

• Authorizing the purchase of two parcels of land in
Bethlehem, at 1538
New Scotland Road and 839 Kenwood Ave.,
for the purpose of
improving “accessibility
and amenities” along the
Hudson Helderberg
Rail Trail;

• Scheduling a second  public budget hearing
for Tuesday, Nov. 21 (at
7:15 p.m. in the County
Legislative Chambers
at the Albany County
Courthouse), to solicit
feedback on changes that
are made to the proposed
2018 spending plan after
this week’s initial public
hearing on Tuesday,
Oct. 24;

• And, authorizing the
acceptance of amenities
for the Rail Trail in
Delmar and the Ann
Lee Pond in Colonie
— donated by two local
Boy Scouts, Andrew
Nelson with Troop 3010
at Colonie Central High School and Aiden Savage
with Troop 75 in Delmar.
Nelson and fellow troop
members will construct
three benches and two
Adirondack chairs for
placement at Ann Lee
Pond, while Savage, with
fellow scouts, will
upgrade an existing
pocket park along the
Rail Trail by constructing
and adding a picnic table,
bike rack and raised
flower bed.

Inside ‘All the President’s Men’