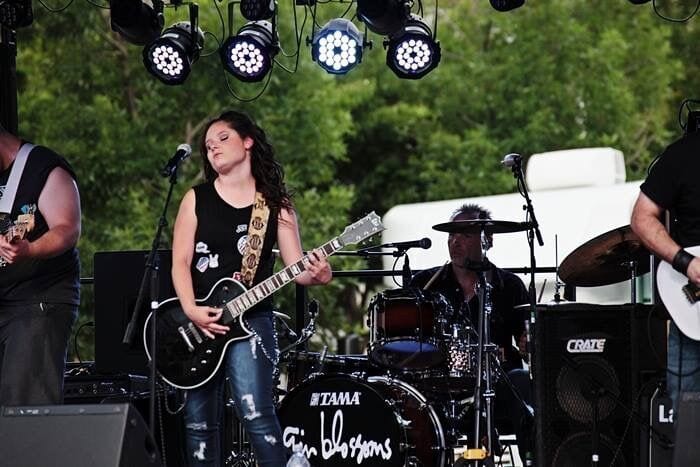 COLONIE — While her talent was called “unfair” by Blake Shelton and she’s currently being mentored by Miley Cyrus on NBC’s “The Voice,” her fifth grade music teacher, Camille Wing remembers Moriah Formica before she became the rock star she is today.

“She was very quiet,” Wing said.

Her talents on guitar were a secret until the chorus was preparing for a concert. Some of Formica’s friends mentioned to Wing that Formica could play “Eye of the Tiger,” a song they were rehearsing, on the guitar.

“I asked her if she would be willing to bring her guitar in and play it for us,” Wing said. “Her dad brought it in before school and she played it perfectly. She definitely knew what she was doing.”

Wing asked Formica to lend her ability at many points after that. Formica accompanied her sixth grade chorus in “Stray Cat Strut,” and then sang a “beautiful” rendition of Alicia Keys’ “Fallin’.” Formica was even asked to sing a solo at her eighth grade graduation.

“I haven’t asked many people to [sing solos],” Wing said.

Fast forward to now, and Formica is a strong contender on season 13 of “The Voice.” Her blind audition performance of “Crazy on You” by Heart got the attention of all four judges, ultimately earning her a coveted spot on Team Miley Cyrus.

“I chose to play Heart because it is classic rock,” Formica said. “One of the reasons why I decided to go on to ‘The Voice’ is because of the lack of true rock singers. Ann Wilson is one of my favorite vocalists.”

Formica has powered through each week of “The Voice” so far, impressing the judges with her range and vocal control. Despite the success, she’s still at Shaker High School, taking classes and moving on with her education.

have school all day, but then I come home and there are so many opportunities that I have to address. I don’t like ignoring anyone.”

Her father and manager, Josh Formica, agrees with her.

“Sometimes it’s hard for her. She gets home from school and I have to ask the typical dad questions—‘how was your day,’ ‘did you learn anything,’” he said. “But then I have to follow up with things like ‘you have 120 really nice comments that you should probably check out,’ or ‘we have received an opportunity from here, what would you like to do?’ I then have to transition back into dad mode and make sure she’s getting her homework done and keeping up with school stuff.”

Luckily, Formica said that the school has been supportive of this journey since the beginning. They have helped the tutors get whatever material they needed and made sure that Formica’s education stays as steady as possible.

“School definitely gets in the way sometimes, but I could not be more grateful for the support of Shaker and what they’ve done for me since the beginning,” she said.

“While Moriah has such tremendous natural talent, I don’t think people realize the amount of time and work that goes on behind the scenes. She works so hard and we are very proud of her,” Corr said. “We watch ‘The Voice’ every week and root her on. She’s our hometown hero. Watching her perform with such power at only 16-years-old is so inspiring.”

“Moriah has always been known for her voice, so it wasn’t a surprise to see this happen,” Murphy said. “She is a humble, polite young lady and it’s nice to see her get attention. It’s created a buzz in our school and it’s wonderful.”

Formica said her musical influences include Aerosmith, Evanescence, Halestorm and In This Moment. She has met Lzzy Hale from Halestorm, who Formica said was supportive. While she’s met a few members of Evanescence, she has yet to meet lead singer Amy Lee. She hopes to meet Steven Tyler someday.

“Aerosmith was my first true love,” she said. “My room is called Aeroville because of how many posters I have around.”

Although she won’t know the results of “The Voice” until the rest of the world does in November, Formica said that a loss will not deter her from making music.

“I will continue doing what I’m doing; I want to make music, perform, release albums,” she said. “‘The Voice’ has given me the exposure that I need to keep going.”

And the proudest people of all? The ones who have coached her along the way.

“Moriah comes alive when she performs,” Wing said. “She has that special something that I believe will carry her far and make her dreams come true.  I am thoroughly enjoying seeing it happen.”

“She’s been performing, and I’ve been managing her, since she was 12,” he said. “Seeing her have this huge stage is incredibly validating and rewarding.”

Meet the six candidates running for the Colonie Town Board

LETTER to the EDITOR: Highway dept needs leader not admin