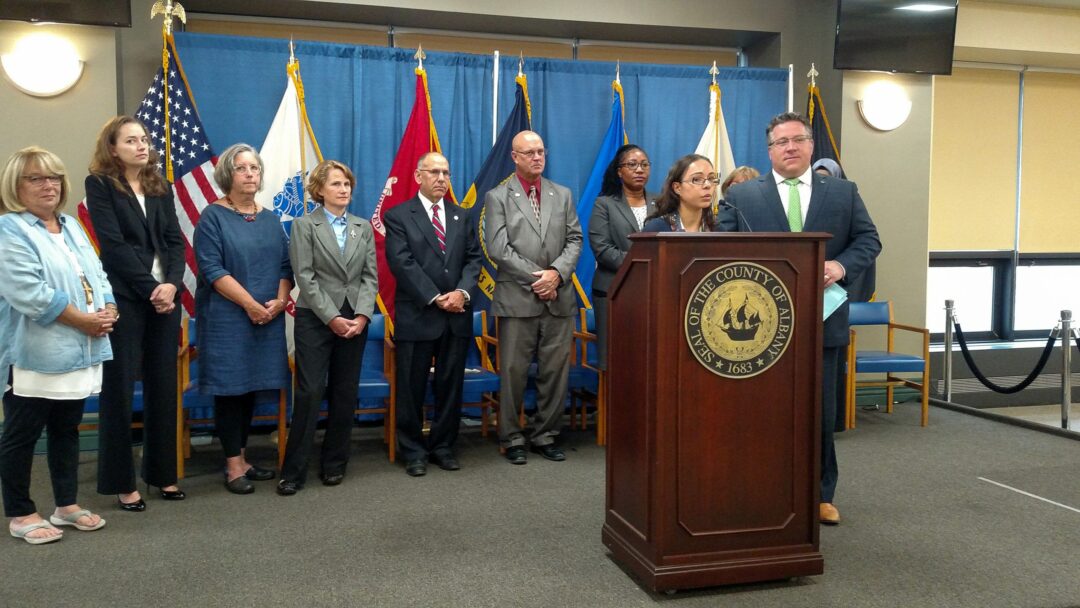 ALBANY COUNTY — In response to the federal administration’s decision to end the Obama-implemented program protecting young undocumented immigrants from deportation known as DACA (Deferred Action for Childhood Arrivals), Albany County Executive Dan McCoy announced on Friday, Sept. 8, that the county has established a hotline for families affected by the decision.

Widely criticized by members of both parties, President Donald Trump’s decision to end DACA means that approximately 800,000 young adults (42,000 in New York state) who were brought to this country as children, were educated and found jobs here, will be eligible for deportation as early as next spring. In many cases, these young people have known no other home and speak no other language.

“We’re talking about good kids whose parents brought them here for a dream,” said McCoy, “the promise of a better future.”

The DACA policy, established by President Barack Obama five years ago, allowed certain illegal immigrants who came to the U.S. as children to receive a renewable two-year period of deferred action from deportation and eligibility for a work permit. In order to be eligible for the program, these individuals, known as “Dreamers,” had to have come to the U.S. prior to June 2007 and before they were 16 years old, and could not been convicted of a felony, significant misdemeanor or three or more other misdemeanors, or pose a risk to national security of public safety.

“To end DACA and leave 42,000 New Yorkers who are part of the program to live in fear of deportation is wrong and Albany County will do everything it can,” said McCoy. “I will do everything I can to help DACA participants that live here.”

Luna graduated from Guilderland High School in June and is now a student at Hudson Valley Community College. Her parents brought her to this country when she was just two years old. The teen would like to go to school for medicine, but is afraid that she will now lose financial aid and may have her driver’s license suspended.

“This is my home,” Luna said. “This is where I live and I grew up here, so it would be very hard to even imagine going back to Mexico.” She said she has heard it’s a different way of life and doesn’t know where she would fit in.

“These kids had no choice about coming here and have been raised here. In many ways, they are just as much an American as you and me,” said McCoy. “Rosa [Luna] has lived in Albany County most of her life and is now going to college.”

Capital District Dreamers and their families can call a newly established county hotline (518-447-4890) with any questions, said McCoy, and the county will help in any way it can. In addition, he said that he has directed the county Office of Immigration Services to work with those present and other immigration and refugee groups to “better serve” local DACA grantees.

“As Americans, we cannot let children live every day with the fear and uncertainty of being deported from the country they now call home and did not commit any crime when they were brought here,” said McCoy. “We’re at a crossroads in this nation. If we’re not careful, when we get judged in our history books, it’s not gonna be good.”

SPOTTED: Colonie girls drop one at home to Ballston Spa