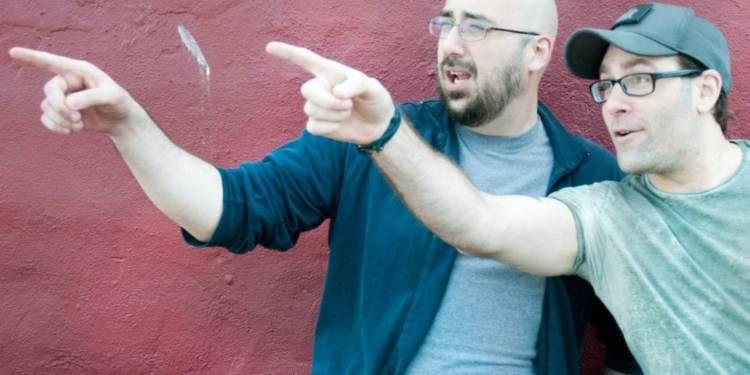 MALTA — Music lovers of the Capital District will have another radio station to choose from, promising a unique change in experience.

Did you just hear Jimi Hendrix when reading that? You might hear it on the radio come Thursday, June 1, when WAIX 106.1 FM switches its format from dry toast news to a cornucopia display of music genres.

Radio personalities Flounder and Brad Berletic are the new faces to a radio station that drew a better connection to grandpa than yourself. But, who knows. If your grandfather is hip to Joy Division, Dire Straits, or begs to hear more local acts, he may have himself a new favorite station.

The radio station is already boasting a larger catalogue of songs than most presently on the dial. Forget “Stairway to Heaven,” or “Hotel California.” “The X” has songs, perhaps from the same artists, but not played as often — “Gallows Pole” or “Ol’ 55.” There is also the promise of paying homage to the Capital District’s bustling music scene. Ranked among the best in the nation, The X is tapping into that local talent to showcase on air.

“Instead of just putting in singles and what not — we have some of those in there as well — we’re finding ourselves putting in more comprehensive CDs realistically,” said Flounder, who you’ve heard on a couple of local classic FM radio stations in recent years. “We’re putting in the, maybe the single that would have got you to go out and look at the CD in the first place, then you found something really cool on the CD. We’re likely more to play that thing you found then the hit, at this point.”

We honored Flounder’s request to keep to his on-air name, but not Berletic. Forget him. (Actually, Brad didn’t ask.) But, the chance to write “Flounder” multiple times within this article was too good to pass up. Plus, he seems rather fond of the name given to him. It’s reference to the portly fraternity pledge in the 1978 John Landis film, “Animal House,” to whom he has no resemblance.

“Girls think it’s from ‘The Little Mermaid,’” he said. And, he seems to be a polite enough gentleman not to correct them.

Berletic… Brad, is the relative novice to Flounder’s expertise. The quick-witted rookie has a few internships under his belt with both classic and Top 40 radio experience. He’s on his second career, after toiling through the soul-sucking world of call center customer service. For those who have not chained themselves inside a cubicle by means of a telephone cord, it’s one environment that often inspires you to try another vocation.

“This one dude said, you have a good voice,” said Brad, referring to a co-worker at one call center. “It’s ‘audio chocolate.’ You should go into radio.”

“[Laughs.] Did he actually say that?” asked Flounder.

“He actually said [it],” said Brad. “This is a guy I worked with, so I’m like, ‘you’re not just blowing smoke up my skirt. Hold on with the insurance claim. We’ll get back to that, man. Tell me more about my smoky, smoky, dulcet tones.” And, so was planted the seed for a career change. “I like to talk. I like to talk about the things I like to talk about. Plus, I’ve got the phone experience.”

The two radio personalities already have a familiarity with one another that resembles college roommates. It’s nearly a comedy routine with the two seated together over beers. However, there are no plans for the two to be on the air together. They’re splitting air time between themselves. And, already, they are busy at work. With hours left before the new format hits the airwaves on Thursday, Flounder and Brad continue to add more music to the station’s catalogue. As for programming, there is no schedule for specific genres planned. Flounder said the music choice is going to evolve through each passing hour.

“It’s going to be very interesting in the beginning, especially for us, to hear how it all rolls out and sounds,” said Flounder. “Because, it’s going to be a different experience than, at least, with some of the stations I’ve been on the air before.”