Wearable technology tells you how you’re doing, and where you can improve 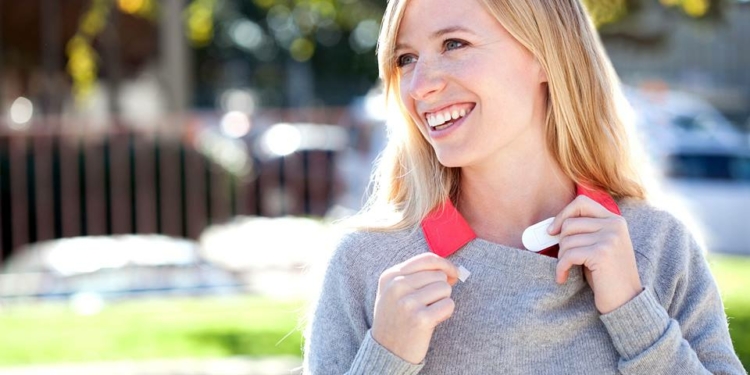 The latest in fitness technology has little to do about exercise and everything to do with how it speaks to you.

Wearable technology has been a thing since a Swiss clock maker by the name of Abraham-Louis Perrelet crafted the first pedometer in 1770. The concept didn’t

catch on with the masses for another 200 hundred years, and since then the practical use of the science has evolved astronomically. When people rushed to buy Fitbits a few holidays ago, they marveled at how much information it could retain — from each step and pace, to the amount of restful sleep you experienced.

In 2017, consumers have made it apparent they want wearable technology to assist them with their everyday workout. That demand is driving the latest, and most popular, trend in fitness. In fact, Health Magazine recently named wearables as the leading trend in health and fitness.

The amazing data retention of the Fitbit from just a few years ago is now the norm consumers expect to see in any given product. Today, there are products out there that serve as a virtual personal trainer that barks out encouragement as you run alone along the rail trail. The following is just a handful of some of the products available on the market, and the technology that can benefit you and your fitness routine.

As an activity tracker, think of the Pebble 2 as the Tamagotchi pet you raised as a kid. As a smartwatch, it’s a poorman’s iPhone. It gives you the time of day, and like the aforementioned FitBit, it’s a pedometer that calculates the number of calories you’ve burned, and it’s a sleep monitor, too. In order to view your progress while jogging on the track, you have to download a third-party application — an initial drawback, but it ultimately shows the hardware’s availability to customize to the user’s individual’s wants and needs.

It also includes features that pertain more to the business realm, including a built-in microphone to dictate notes, and connectivity to texts, calls, events and more. Nonetheless, its plastic wristband leaves something to be desired for the fashion conscious, and it can’t shake the comparison to toys. Though FitBit bought Pebble late last year, you can still find the Pebble 2.

Oakley sunglasses surged in popularity in the early ‘90s, thanks in part to Major

League baseball players like Jose Canseco, Rickey Henderson and Wade Boggs who wore them on the field. Durable, stylish and about as practical as a pair of shades can be described. But, with an asking price of $449, you won’t find the Radar Pace on ZZ Top anytime soon.

Outside of their obvious use, the Radar Pace interfaces with your smartphone. Through bluetooth speakers, it provides audible feedback on your progress, whether that be through walking, running or biking. Reviewers have noted the frame is only slightly larger than your ordinary pair of Oakleys. Nonetheless, the frames still remain lightweight and comfortable for active use.

It was dubbed as the first internet connected bikini in 2015. Spinali Design is a computer company that messed around and got involved with wearable

fashion. Bikini swimwear has been around for more than 70 years, and Spinali has done nothing to change its design. The technology, however, is stacked in a small medallion like sensor snugly hidden away. The smart bikini is meant to interface with either an iPhone or Android phone. It’s not measuring steps, and not intended for exercise. Instead, it monitors the temperature, and warns users to apply more sunscreen or to get out of the sun altogether. In the health and fitness world, this falls exclusively into the realm of the health conscious, and it’s indicative of just where technology is going today. But, you’re not going to pick this up at the mall just yet. Those interested in buying a Spinali Design smart bikini need to visit www.spinali-design.com and be willing to spend appoximately $200 (depending on the U.S. dollar to Euro conversion rate).

So, we’ve learned that modern activity trackers are basically pedometers with GPS connectivity. Add a mathematical algorithm or two, and it can calculate foot speed and the amount of calories burned. If we can agree to that definition, Lumo Run kicks it up a notch. With a sensor worn at the waist (and in tandem with a smartphone), the Lumo Run measures a user’s cadence, time in contact with the ground, length of stride and pelvic rotation. This data is digested, analyzed and reported back in real-time with suggestions to improve the user’s

running form. As one Amazon.com reviewer noted, however, there is no treadmill mode for the application — so your foot speed will certainly suffer. Consumers have the option of purchasing shorts or capris for the Lumo, or to just go with the sensor and subsequent, free phone app.

Wearable technology touches upon a number of different needs — fitness, fashion and practical use. And, as each product aims to cater to all three, the demand for them is unlikely to wane anytime soon.

Making music accessible to all

NIGHT and DAY: Reverbicon and Albany Toy and Comic Show