ALBANY — In a field typically seen as dominated by lone wolves, CEOs and businesses in the Capital District have a unique opportunity to branch out and learn from one another.

Mahoney Performance Institute, founded five years ago by Shaun Mahoney, focuses on providing companies and CEOs with the hands-on and educational tools that they need to further their own performances and grow their businesses. MPI offers a variety of different programs that focus on leadership development, according to Mahoney, including a series of leadership programs — one geared towards organizational leadership, one around team leadership, and one about personal leadership. But for those looking to go one step further after those programs and searching for the next step in leadership development, Mahoney also runs a special CEO peer group.

“It’s sort of lonely at the top. Oftentimes, there’s not someone you can really talk to, unless you hire a consultant or you have a board of directors. And so, it’s a group where there’s a continuing education component, and there’s also a peer group that you can share ideas and problems with and get their feedback,” Mahoney said.

Mahoney is not a stranger to working in and with large companies. A native of upstate New York, he has worked for different companies, including JP Morgan Chase, Equifax and Housecall Medical Resources. After 10 years as CEO of New York-based company NextRidge, Mahoney accepted the role as chairman.

After some time, Mahoney felt that he had several different options, including trying to find another CEO job in the area, moving out of the area or building a business where he could work with other people. Eventually, he decided to proceed with MPI.

“I felt like it was a need in the marketplace that wasn’t being addressed,” Mahoney said. “I thought it would be rewarding.”

The benefit of the peer group is something his clients seem to agree with. Brian Helf and Casey Toomajian, two CEOs who are involved with the peer group, described their positive experience with Mahoney and his lessons.

“As the leader of an organization,” Toomajian said, “you want to win. I think sometimes for me, the fear of losing and being a lone wolf is more scary than being vulnerable with a group of peers.” He said that having the collective wisdom of the group of CEOs is invaluable and that if you’re in running a business for the long run, you must be willing to learn from other people and those who came before you.

“I needed help,” Helf said. “I’ve always been a learner from other people, and I’ve always sought out those opportunities —whether its seminars, classes, audio teachings, whether it be book or conference or something.” After he went through the organizational leadership class offered by MPI, he jumped at the chance to join the CEO peer group.

The CEO peer group meets six times a year, but both Helf and Toomajian have been involved for five years. Companies who send their CEOs to the peer group are making an investment in their business, Mahoney said, and each year, people evaluate whether or not it makes sense to come back for another year.

According to Mahoney, there are five to six big decisions that CEOs make every year that could effectively help or hurt their businesses, and it’s his goal to help people through that process so the companies move towards growth and not decline.

NIGHT and DAY: The Plimsouls Re-Souled and Winterfest 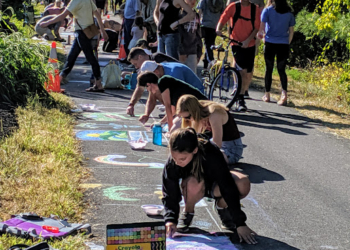