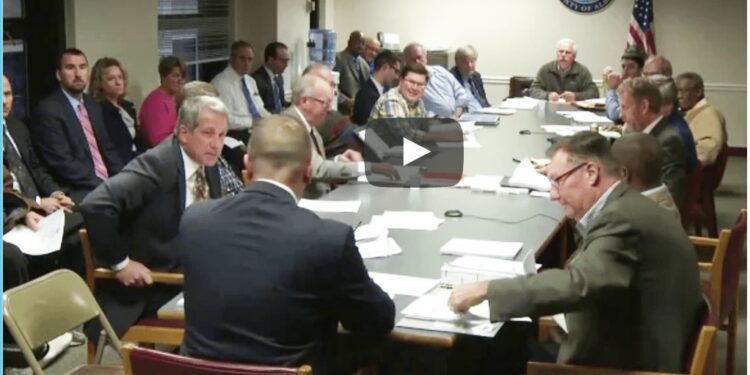 ALBANY — Since late October, the Albany County Legislature’s Audit and Finance Committee, as well as other interested parties, have been sitting in a series of meetings with the various county departments to hammer out details for the county’s 2017 budget. According to legislators, the budget process has gone relatively smooth thus far, as the county’s financial position has improved considerably over the last several years. The final departments will be heard this evening.

One department that has made a substantial contribution to the turnaround of county finances is the Albany County Nursing Home, which was in questionable circumstances four years ago, losing $12 million a year according to County Executive Dan McCoy. This year, ACNH was a mere $4 million in the red and expects to end the coming year with approximately $2 million in its coffers.

McCoy, who, early in his first term as county executive, fought with legislators to privatize the nursing home — a step that has been taken by at least 15 municipalities in New York, with varying results — has changed his tune and commended the current director of ACNH for making the tough decisions that allowed for such a rapid recovery. He has since said his reason for doing so was to push the legislature to finally make a decision about ACNH, which had been a long-contested money pit.

Its current director, Larry Slatky, was considered for the position — one of the highest paid in the county — while he was under indictment downstate (he was ultimately acquitted). The transition wasn’t exactly smooth. Employees and unions balked at certain decisions he made, such as his decision to temporarily deny employees their previous alternate weekends off in an effort to save on overtime and outside contracting, and staffing has remained a consistent issue.

During his budget presentation on Nov. 1, Slatky explained some of the reasons for the financial rebound and outlined a general plan for expanding on those gains. He credited approximately $3 million in increased Intergovernmental Transfer Funds (resulting from a recent decision made at the federal level, half of which is paid by the county); an improved mix of patient cases (the case mix formula is a complicated one by which facilities receive federal funding based on the complexity of patient cases in their care); and increasing the number of patients, particularly those eligible for Medicaid funding, for helping to reverse the facility’s bottom line.

The increased IGT funds are actually owed from 2014, he said, so while the actual budgetary shortfall is probably still around $1 million in the red for 2017, cash available after budgeted appropriations will be around $2 million.

Asked by Legislator Peter Crouse (R-24) whether he saw potential for continuing to increase revenues, Slatky said, “Without a doubt. We can probably increase our case mix, for sure, another 5 percent and we’re hoping to resolve and move forward with all the renovations that will take place. That, in itself, should increase revenues significantly.” ACNH is operating 240 beds currently, he explained, but is licensed for 250 and, in 2016, has not had more than 229 beds occupied. The renovations will make it possible to accommodate closer to the full 250 — which could net the facility as much as an additional $1.4 million per year. “That,” he said, “is just an example of how well we can continue to do.”

“Staffing is always a challenge,” Slatky told Spotlight. “We’re always seeking qualified staff members, RNs, practical nurses and CNAs, and it’s a challenge.” He credited his boss, McCoy, for helping him to work with the unions during times when difficult decisions were necessary, and said they are currently working on a way to leverage their improved position and offer a more competitive salary structure.

“The quality of care,” he said, “is where it needs to be, but it can always be improved and we need to work on that every single day.”

During a subsequent budget meeting on Nov. 3, the county Department of Health presented its budget, which includes $42,308 for a new position created to enforce the county’s new toxic toy law, and money for the enforcement of a new law prohibiting the sale of tobacco or related materials to anyone under 21.

One of the few moments of contention during the committee hearings came during Sheriff Craig Apple’s budget presentation on Oct. 28. Questioned by Republican Legislator Mark Grimm (R-29) about a particular line item, Apple openly admitted the position was created specifically for new Albany County Democratic Party Chairman Jack Flynn, who was fired from his job at the county Board of Elections after attempting to block the re-appointment of his boss, Commissioner Matt Clyne. The move to unseat the former committee chair, Carolyn McLaughlin, and ostensibly replace Clyne, was widely seen as a move by McCoy to install his allies in positions of power. And the creation of this new job has been seen as the county executive “taking care of his own.”

“The person was fired by the election commission,” said Grimm. “And then appeared on your payroll three days later. What were the circumstances of that hire?”

After Audit and Finance Chair Gary Domalewicz (D-10) attempted to rebuke Grimm, telling him they could discuss the position, but not the individual person, Apple continued.

“I know Jack personally,” he said. “He has a background in youth activities, he’s a referee, he’s coached soccer. I know what his past work history is as well, and I thought he would be a good fit for the county executive’s new Youth and Recreation Bureau.”

The final meeting will take place tonight, Wednesday, Nov. 9, when the county executive, the public defender, the management and budget committee and the Legislature will make their proposals.

EDITORIAL: Don’t be shy, give thanks