Day after being elected, new dem party chair fired from board of elections 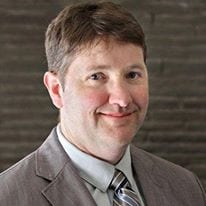 ALBANY COUNTY –On Friday, Sept. 30, the morning after Carolyn McLaughlin was ousted as the Democratic Party Chairman, the new chairman, Jack Flynn, was fired from his $48,500 job at the Board of Elections.

According to longtime Democratic Party Committeeman Gil Ethier, one of the first actions of the newly elected chairman that night was to try and table the recommendation to re-appoint Board of Elections Commissioner Matt Clyne to another two-year term. The motion to table it was brought by Andrew Joyce, a member of the committee.

“I spoke up and said this has not been the way we have done things since I got involved in 1960,” Ethier said. “The funny part of it was, there was nobody to run against [Clyne.] If you want to run against him, fine, bring it to the committee for a vote but don’t play games. This type of thing does not help in building a party.”

Even though Clyne was unopposed, Flynn called for a roll call vote anyway and the motion to table his re-appointment failed. The party’s recommendation of Clyne will now go to the Albany County Legislature for an official vote early next year.

It is widely believed, Ethier said, Flynn was angling for the BOE’s top spot and its $98,700 salary. Evidently, Clyne wasn’t too keen on that and fired Flynn, a councilman from the Eighth Ward, early Friday morning.

McLaughlin said the vote to oust her was nothing short of a power grab by Albany County Executive Dan McCoy and Albany Mayor Kathy Sheehan.

“Dan McCoy and Kathy Sheehan are trying to take control of the City of Albany and Albany County,” said McLaughlin, echoing the thoughts of at least three other committee members who chose to remain off the record. Set to retire from her job with the state retirement system in just a few weeks, McLaughlin said she has been “seriously” considering challenging Sheehan in the next mayoral election.

“It’s all about trying to scare me off from running.” said McLaughlin, who touted her accomplishments during her time as chairman, including her efforts to diversify party leadership by encouraging the participation of minority and female membership, and said there was no other reason to challenge her re-election.

Sheehan’s policies, she said, are the reason she is thinking of challenging the incumbent. In particular, she criticized the mayor’s fiscal choices and characterized her as unresponsive to Albany’s inner city populations.

McLaughlin was not surprised when Flynn was fired the morning after winning the chairmanship and losing his ostensible bid to unseat Clyne.

“What did he expect? He didn’t only challenge me, he challenged his boss. How did he think he had a job today?” Alluding to the fact that Flynn and McCoy are related by marriage, she said, “I’m sure that Mr. McCoy will find a job for him.”

Bailey said the McCoy and Sheehan team are also coming after his spot in the Third Ward by backing Joyce Love, who waged a write in campaign against him the last time out.

“McCoy is trying to take over everything,” Bailey said, adding that he went against the county executive over ownership of the nursing home. He was also at odds with Sheehan and the Police Department in the wake of Dontay Ivy’s death and over the trash tax, which he said would unfairly target people in his ward.

Andrew Joyce, who supported Flynn for committee chair, said that he called to table the re-appointment because he has been dissatisfied with Clyne’s performance during his tenure as BOE commissioner.

Specifically, he said, he wasn’t comfortable with the way Clyne handled a 2014 state Supreme Court race, when Clyne and the BOE Republican Commissioner Rachel Bledi tossed the majority of judicial delegates supporting Family Court Judge Margaret Walsh on the grounds that she was running both for the Supreme Court and for re-election to Family Court. The move was widely perceived to be a political one, meant to throw support to Justin Corcoran, who Clyne presumably preferred for the judicial position. Ultimately, Supreme Court Judge Thomas McNamara ruled that the move was “beyond the scope of the board’s authority.”

“Especially since we just selected a new chair,” said Joyce, who claims he was unaware that the BOE appointment would be voted on that same evening. “And a vice-chair, and there’s going to be a new candidate review committee, and a new executive committee. In the interest of a new way of doing things—transparency, opening the party up—lets pump the brakes on this a little bit and give the new executive committee a chance to look at it. Matt can re-apply if he wants.”

Noting that the job pays more than $90 thousand a year, he continued, “he has had issues. And, as a committee person, I would like for him to answer for them.” He added that he also feels BOE has not been proactive enough in reaching out to Albany’s growing immigrant populations and helping them register to vote.

Joyce also pointed out that McLaughlin replaced Clyne as chair two years ago and he said that he was happy to see her win the position—at the time.

“She’s very vocal and high-spirited,” he said. “I felt like she was what we needed at that time because Matt was very cerebral and I felt we needed someone who could promote the party a little bit more. “

Two years later, Joyce called her “a terrible leader” and said that she displays contempt for other committee members. When she spoke at Thursday’s meeting, just before losing her seat, Joyce said, “She spoke in a very passive-aggressive tone and told us that, if we didn’t like what we heard, we could leave. That’s just not something that a leader should say.”

He commended her for her accomplishments, such as becoming the first African American woman elected to the state Supreme Court and her efforts to increase minority representation in the committee, but, he said, “There were some critical missteps.”

“Jack is extremely popular,” said Joyce. “He represents a large portion of the City of Albany and has that Board of Elections background. He also has a lot of great ideas.”

At a meeting of the new committee leadership convened on Saturday night to consider the events of the previous two days, McLaughlin reportedly showed up with her sister, County Legislator Wanda Willingham, and the rest of their family at committee headquarters on Colvin Avenue to express discontent with the results of the committee vote.  A democrat with knowledge of the meeting said that the women accused membership of being motivated by racial discrimination.

Any recommendation to remove Clyne from his position at BOE would require another full vote of the committee before being considered by the county legislature.