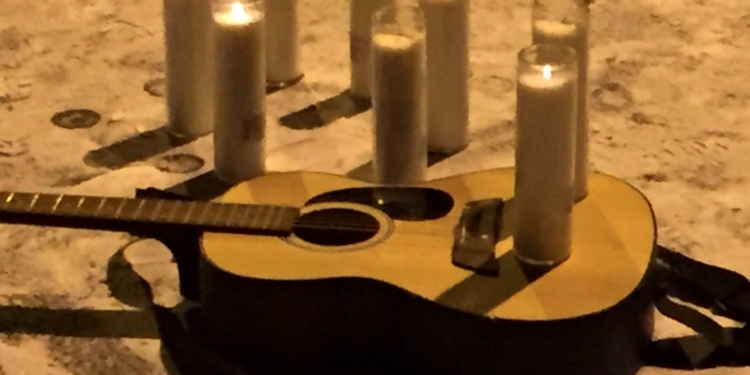 A guitar with candles at a memorial held after Brandon Sherwin's murder in January. (photo by Jim Franco/The Spotlight)

ALBANY – Michael J. Fox, the man who admitted to killing 29-year-old Brandon Sherwin and holding police at bay during an hours long standoff, was sentenced to 25 years to life on Friday, Sept. 23.

On Jan. 8, at around 8 p.m. he shot and stabbed Sherwin inside a Fourth Avenue apartment in Watervliet. He also took a shot at a female with the same shotgun eh used to kill Sherwin but she was able to escape the apartment uninured and called police.

Scores of law enforcement, including SWAT, from a number of surrounding agencies swarmed the area of Fourth Avenue where Fox was holed up until the early morning hours of Jan. 9.

Sherwin was the son of former NFL player Tim Sherwin.