by Marcy Velte
in Government, News
0 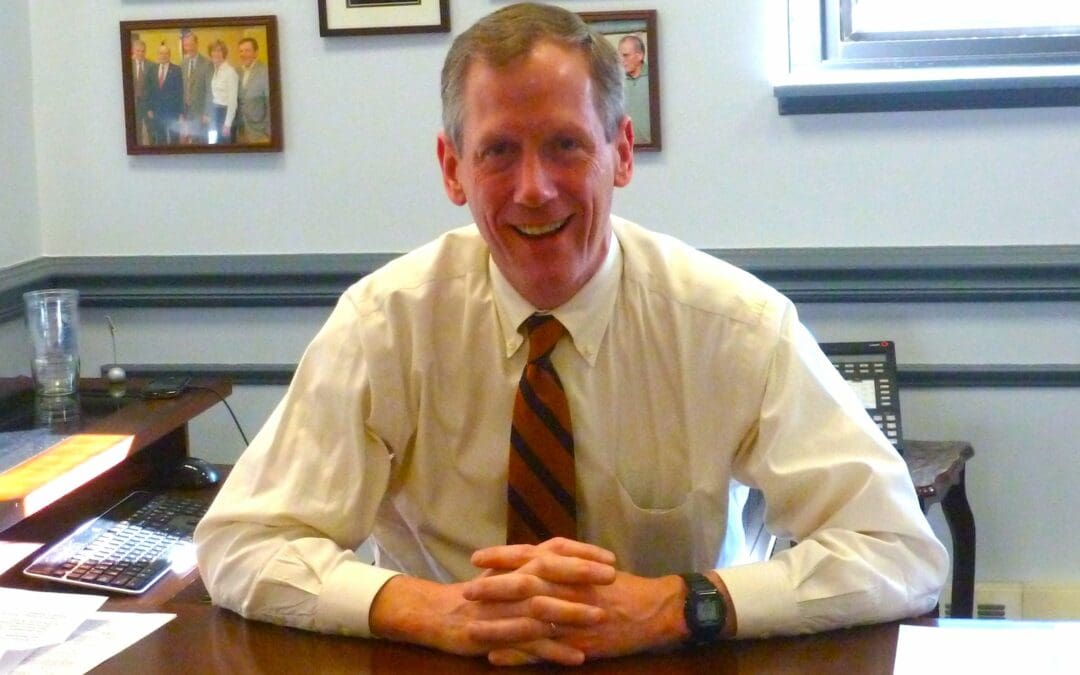 As he prepares to deliver his second State of the Town address, Bethlehem Supervisor John Clarkson feels he has managed to accomplish the goals he laid out after taking office one year ago, despite a difficult budget season.

The first-term Democrat pointed to changes to the ethics law, a new sign law and a “responsible” town budget formed through the use of citizen advisory committees. He also touted the start of multi-year budget planning, a capital spending plan and a fund balance policy, while having what he believes was an open dialogue with citizens and town employees.

“When I began to run, I knew there was a tremendous financial problem facing the town. It wasn’t well publicized but I knew of it because of my work on the 20/20 Committee,” he said. “I talked about it during my campaign, so it wasn’t a surprise. The bad news was we had a bad financial year, but the good news is we addressed it straight on.”

The 2013 budget passed in a split vote in November, with board members Kyle Kotary and Joann Dawson voting against the plan and Jeffery Kuhn, George Lenhardt, and the supervisor voting in favor. The $37.9 million spending plan raised the property tax levy by 8 percent and cut spending by 1.8 percent. The budget also included a 7 percent decrease in staffing through attrition with the loss of 16 positions.

The budget gap was so significant because of the expiration of a 20-year Payment in Lieu of Taxes agreement with Selkirk Cogen. But Clarkson believes the situation was handled appropriately by asking for public input, using a citizens advisory group to go over options and by talking about the budget earlier in the year. The first budget estimates were released in April, when discussions normally begin in the fall.

“The process we used was good and the result was as good as it could be,” he said.

Clarkson said he knew implementing change would be difficult and working with the board would come with challenges.

“I think it’s a good thing when a board debates issues and disagrees on various policy,” he said. “That’s the whole point of having a Town Board. There are of course sometimes when politics enter into it and false arguments and I really don’t like those sorts of things, but I don’t think we had too much of that.”

The supervisor said that debate, as well as input from the public and employees, has helped him to change his point of view on various issues, especially on further budget cuts.

“I’m thinking of the transfer station and the compost facility,” he said. “On both of those, there was a bigger dollar cut to be had, but when you looked at the impact it wasn’t worth it. The leaf collection was a big one, too, but where we landed was a good place.”

The town considered cutting back on leaf pick up and did opt to reduce the hours of the transfer station, an issue that elicited many calls from the public. A decision to close the Colonial Acres Golf Course was hotly debated, as were expenditures in the Police Department.

The politics of power

Before running for supervisor, Clarkson was previously the executive director of the Commission on Local Government Efficiency, which was formed under the former Gov. Elliot Spitzer’s administration. His 2011 bid was his first shot at elected office, and Clarkson began campaigning against Councilman Kotary, who was cross endorsed by the town’s Democratic, Republican and Independence parties. Once former supervisor Sam Messina dropped a reelection bid, Kotary was the sole candidate until Clarkson announced. Clarkson went on to win the Democratic primary, and Kotary suspended his campaign.

In the time since, a group calling themselves Reform Democrats worked to put new members onto the town Democratic Committee and backed Bill Reinhardt for Town Board – with Clarkson’s support. After winning a number of positions on the committee and seeing Reinhardt being elected to the Town Board, the group disbanded.

Clarkson said he feels the politics in town have changed for the good, with it being more about the issues over personalities and “who’s with who.”

“I think that can be the hardest thing, but I think naturally over time we’ll do the right thing and find a consensus,” he said.

Support, for the coming months

Some have wondered whether Reinhardt’s election might clear the way for more 3-2 votes, like the one on the 2013 budget. Kuhn, who is also the newly elected chairman of the town Democratic Committee, said it is within Clarkson’s scope as supervisor to shape the board in order to fulfill his vision for the town.

Dawson, an Independent, said she thinks Reinhardt has his own goals in mind for the town, and will make his own decisions regarding issues and policy.

“He’ll most likely need some time to come into his own,” she said.

For his part, Clarkson said his involvement in the Reform movement had less to do with what’s happening at Town Hall and more to do with the party.

“Yes, I did back that effort, but the idea was to get people to become aware of the Democratic Committee, run for it and participate. … I don’t concur with the fact that every political move should be about a power struggle. It’s about the issues and the process you want to follow. I am idealistic.”

“I think John addressed the issues which are important to members of the community by not filling positions and enacting a 2 percent budget cut. He should be commended for cuts,” DiMaggio said. “I still think it’s unfortunate we had to face an 8 percent (tax) increase, along with school and county taxes. The board could have recognized the need for further cuts and consolidations so property taxes didn’t increase.”

Clarkson is now looking to his second year in office. He plans to find a better balance between development and maintaining open space; make sure economic efforts and policy are aligned with that of the town’s Industrial Development Agency; and tackle civic improvements.

“This community expects a certain level services, and we want to maintain those,” said Clarkson.

The supervisor’s State of the Town Address will be held on Thursday, Jan. 24 at 8 a.m. at Town Hall.

Town gets grant for sidewalks