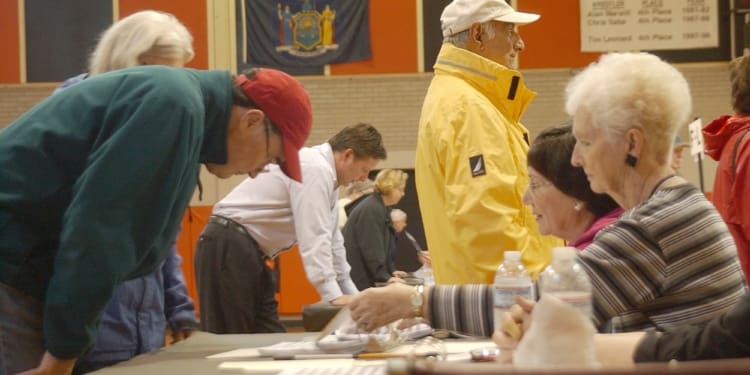 Voters in the Bethlehem Central School District approved a 2012-13 school year budget today by a margin of 4,035 votes to 2,405 votes.

Nearly 63 percent of voters approved of the $88,203,000 spending plan, which carries a 3.99 percent increase to the property tax levy.

`We are greatly appreciative to the voters of Bethlehem for recognizing that a BC education is one worth investing in,” said Superintendent Thomas Douglas in a statement. “There were difficult decisions made during this budget process, and we thank the community for their support.”

BC was one of only a handful in the state that challenged the new property tax cap, and as such at least 60 percent of voters had to approve of the budget for it to pass. The district would have been held to just under a 3 percent tax levy increase if it had stayed under the cap. The debate over the budget reached heights not normally seen, and was reflected in the turnout numbers.

Voters came out in record numbers, eclipsing last year’s turnout of 4,887 and even the previous record seen in the 2006 budget revote, when almost 5,900 people headed to the polls.

Despite exceeding the tax cap, rising pension and salary costs and diminished state aid means this budget includes cuts, including to programming. Fifty seven full-time-equivalent positions were trimmed, including 22 teachers, the elimination of the Chinese language program, centralized bus stops, a 20 percent reduction in clubs at the middle and high school levels and the elimination of the gymnastics team.

“These cuts are certainly deep and will alter what is considered a quality Bethlehem education, the community’s support of this budget puts us on a path of financial stability and maintaining educational excellence,” said Board of Education President Diane Giacone Stever in a statement.

Voters also approved a referendum authorizing the purchase of six school buses at a cost not to exceed $660,000. Fifty six percent voted in favor of the referendum.

Incumbents Lynne Lenhardt and Charmaine Wijeyesinghe ran unopposed for seats on the school board.