Christopher Porco to be sentenced today 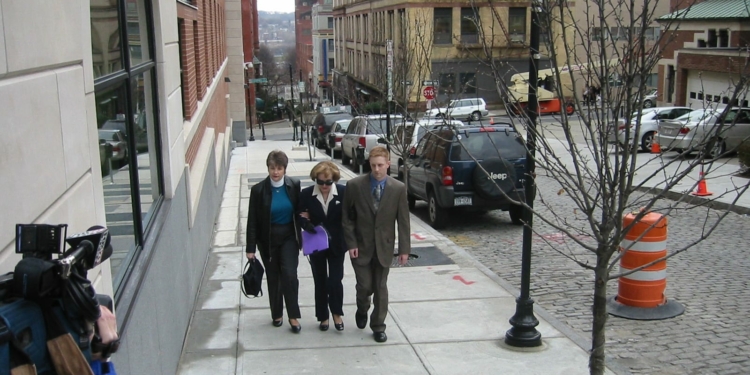 An Orange County jury convicted Porco in August of murdering his father, Peter Porco, and attempting to murder his mother, Joan, in their Delmar home in November 2004.

Joan Porco and Peter Porco’s sister, Patty Szostak, are both expected to give victim impact statements at Tuesday’s sentencing. Joan Porco’s will be given for the defense and Szostak’s statement will be read on behalf of the prosecution.

Porco faces 50 years in state prison if given the maximum sentence by Judge Jeffrey Berry. Porco has spent the past four months in Albany County’s jail since his conviction.

The videotaped interrogation of Christopher Porco by Bethlehem Police is also being released to the media. Police questioning of Porco took place at the Bethlehem police station the day after the crimes.

The videotape, which lasted several hours, was briefly viewed in pre-trial hearings in May. Berry ruled the interrogation was inadmissible during the trial.

Spotlightnews.com will have complete coverage of the Porco sentencing.`

Porco to be sentenced today