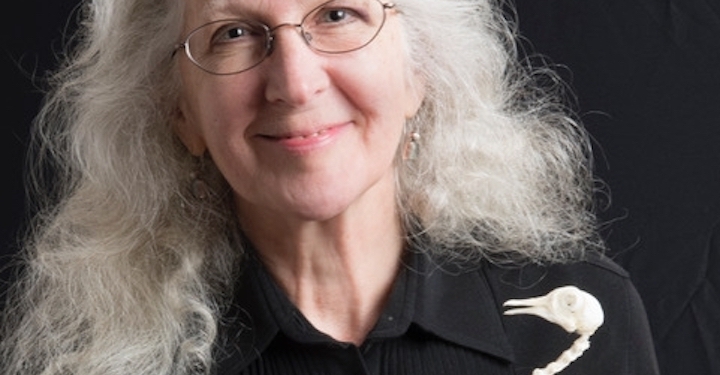 SCHENECTADY — In 1996, Andrea Barrett was an obscure but gifted writer when she stunned the literary world by winning the National Book Award for fiction for “Ship Fever and Other Stories.”

The author of four novels at that point, Barrett, discouraged by paltry sales and scant reviews, pivoted to short stories. In part by learning how to use her background as a biology major at Union, Barrett began creating stories that combined art and science with copious historical research.

Appearing first in small literary magazines, short stories such as “The Behavior of the Hawkweeds” and “The Littoral Zone” formed the basis of “Ship Fever.” Writing in The New York Times Book Review, Thomas Mallon said that Barrett’s “‘work stands out for its sheer intelligence, its painstaking attempt to discern and describe the world’s configuration’’ and was ‘’quietly dazzling, like looking at handmade paper under a microscope.”

Publishing’s version of the Oscars, the National Book Award (which included a $10,000 prize) firmly established Barrett as a literary force. In the 25 years since winning the award, Barrett has written five other books, including “Servants of the Map,” a finalist for the 2003 Pulitzer Prize in Fiction. Her latest collection of stories, “Natural History,” was released this month.

Fans and scholars of Barrett’s work soon will be able to get a sense of the author’s creative process and the evolution of each of her books. Barrett, 68, recently donated her archives to Union. A dozen boxes stored in the basement of the home in New York’s Champlain Valley she shares with her husband of 43 years, Barry Goldstein, now have a permanent home in Special Collections.

“It seemed like the right time,” Barrett said of giving her papers to her alma mater. “When I finished this book (“Natural History”), I thought, ‘What am I doing?’ These boxes are sitting in my basement. The mice are going to get them. I was ready to let them go to a place where others may want to go through them.”

The materials include manuscripts and multiple drafts of most of her books, numerous notebooks filled with ideas, research notes, essays about writing and lectures given at writing conferences. The drafts contain margin notes, wholesale edits and other changes that demonstrate how much the work evolved over time.

“Sometimes I’ll look at pieces of an old novel and what I thought was the beginning is now the end,” she said. “I started in a first person voice, but the final novel is in the third person voice. I start out with someone who is a central character, and that person ends up being a minor character. The changes are not line edits like in a newspaper story where they might fix your lede. They are often wholesale reconstructions, a complete new way of telling a story, which is common for many writers. Writers in training don’t always know that.”

The new collection also features some of Barrett’s earliest work, including a high school paper and two papers she wrote as a senior at Union. One was a series of essays about images of diatoms, or single-cell organisms, she took with the College’s new electron microscope.

“A perceptive introduction to a highly sensitive and thoughtful series of little essays,” Professor George Smith wrote. He gave her an A.

In addition to the National Book Award, Barrett has received recognition with a Guggenheim Fellowship and a MacArthur Fellowship, or genius grant, which carries a prize of $500,000.

Yet her papers clearly show that the path to success was never certain. The collection includes numerous rejection slips of her stories from magazines such as Esquire, The New Yorker and Good Housekeeping. Cosmopolitan passed on one of her submissions, noting it was “quite nice but just a tad too quiet for Cosmo.”

Joe Lueck, left, outreach and reference archivist for Special Collections and Archives at Schaffer Library, and Madeline Rioux ‘23 sort through the papers of author Andrea Barrett ‘74.

Joe Lueck, left, outreach and reference archivist for Special Collections and Archives at Schaffer Library, and Madeline Rioux ‘23 sort through the papers of author Andrea Barrett ‘74.

Barrett understands that rejection and failure are part of a writer’s life. That is why she hopes opening the window into her creative process will help others.

“I always found it useful as a writer to look at other writers’ early drafts and see their processes,” she said. “When we are reading a book between covers, it seems like it always was that way, that it just came fully-formed out of the writer’s head. That is discouraging when you are a young writer just starting out. Instead, if you can look at the work of a writer you’ve read and see all the false starts and the mistakes and the four, eight or 12 drafts, you can see that other people struggle, too.”

The College will begin cataloging and organizing the Barrett collection to make it publicly available.

“I’m ecstatic that Andrea Barrett has decided to entrust Union with her archive,” said Sarah Schmidt, director of Special Collections and Archives. “Andrea is a wonderful example of the strength of Union College: a biology major who went on to be an award-winning author. It is the perfect blend of science and humanities. I look forward to faculty and students engaging with her collection and can imagine these papers being used by students in a number of English classes, particularly Nature and Environmental Writing taught by Professor Katherine Lynes.”

Barrett said she and her husband, Barry, a biophysicist and photographer, are grateful for the education they received at Union. It is also the place where they met. While she got emotional preparing her papers to donate to her alma mater, she understands it serves a purpose.

“I would be so happy if what people got from it was a sense of eagerness about their own work and to know they can write, too,” she said. “Writing is as learnable as anything else. There is a lot of craft to it. If looking at my papers makes a young writer feel more inspired or more comfortable about their own writing process, I would feel really happy.”