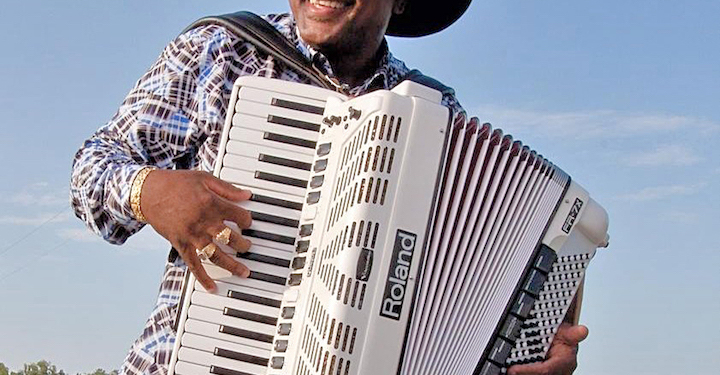 SCHENECTADY — We remember the power of live music. We hear it calling to us—the sense of community available only at a concert, where language disappears, and harmony makes many hearts beat as one. We recall the restorative energy of a summer night, spent amongst friends, new and old, beneath the late-setting July sun and the quickly rising August stars.

For 2022, the Music Haven Concert Series re-enters the fray at full-strength, presenting a wide-ranging, free, family-friendly slate in Schenectady’s gorgeous Central Park, that promises its faithful audience, as always, to “travel the world one concert at a time.”

“Authentic Louisiana Zydeco music always puts a smile on peoples’ faces,” says Producing Artistic Director Mona Golub, who has presented many Cajun, Zydeco, Brass Band, jazz and rock concerts featuring artists from the Pelican state, across her 30 plus years in the business.

Nathan was inspired by his older brother, accordionist Sid “El Sid O” Williams and Uncle Harry Hypolite, who played guitar with the late great Clifton Chenier. After releasing his first singles on his brother’s El Sid-O label, Williams was signed by Rounder Records and soon began recording full-length albums at a rapid pace. His dozen-plus releases include four recorded live at the New Orleans Jazz & Heritage Festival and another at the legendary Rock ’N’ Bowl.

Williams was honored with the Zydeco Music Association’s Lifetime Achievement Award and he and the Zydeco Cha Chas have won the Big Easy Award for Best Zydeco Band several times.

The Brass Machine will get the party rolling will a traditional New Orleans-style second line around the amphitheater before they mount the stage let loose their tribute to the Big Easy.

A variety of food and beverages will be available for purchase at all Music Haven shows, beginning at 6 p.m. on Sunday nights and throughout festivals and special events.

Michele’s Charcoal Pit and Ben & Jerry’s return to Music Haven for all concerts and events in 2022. And, as has become tradition, international offerings reflecting locales from which the music comes will be sold at the concession stand—including Louisiana specialties Jambalaya, Sweet Tea and Druthers Brewing Co.’s craft brews for Nathan & The Zydeco Cha Chas.

The family-friendly Agnes Macdonald Music Haven is easily accessible and has oft been voted the “Best Outdoor Concert Venue” in the Capital Region.

The Schenectady Foundation and Price Chopper/Market 32 are co-presenting Sponsors of the Music Haven season; Courtyard by Marriott at Mohawk Harbor is Rain Site Sponsor for specific shows.