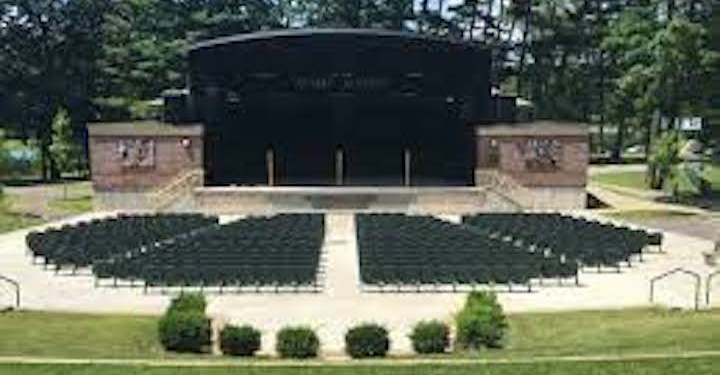 SCHENECTADY — Central Park is ready, once again, to come alive for the summer, as Music Haven kicks off its 32nd season of “traveling the world one concert at a time.” Picking up right where it left off, the much-heralded concert and event series will feature high-caliber national and international touring artists, plus some theater and film, in its ambitious comeback season.

“Given the domestic journeys we’ve endured for the last couple of years, I set my sights on curating an uplifting and unifying season of world class music and events,” said Producing Artistic Director, Mona Golub. “On top of a boisterous itinerary that includes sun splashed reggae, South Louisiana Zydeco, Balkan party music, harmony-driven bluegrass and more, I am thrilled to present Finnish folk music for the first time, to expand the Blues BBQ to a mini-festival, to welcome DakhaBrakha back for a tribute to Ukraine, and to screen Questlove’s award-winning musical documentary about the 1969 Harlem Cultural Fest in the company of neighbors and friends.”

This Music Haven season is stacked with Grammy, Blues Music and other Award-winning and nominated artists. July will launch with the trailblazing roots reggae of Steel Pulse. Up next, Nathan & the Zydeco Cha Chas will offer an evening of traditional South Louisiana dance music, followed by the inaugural installment of NipperFest, a celebration of the 518-music scene. Then comes the ‘joyful jazz’ of Sammy Miller & the Congregation, followed by the popular Blues BBQ event featuring genre standout Shemekia Copeland, which will celebrate WEXT 97.7/106.1’s 15th anniversary. Balkan-Klezmer-Gypsy-Punk-Party-Band, Lemon Bucket Orkestra polish off the month in style, with a genre-bending night of highly danceable Eastern European music.

August begins with a powerful tribute to Ukraine featuring DakhaBrakha, the phenomenal Ukrainian ‘Ethno-Chaos’ quartet that mesmerized an SRO crowd at Music Haven in 2016. Next up, and sure to have you dancing on your feet or in your seat, Spanish Harlem Orchestra will bring authentic, New York-style Latin jazz and salsa dura to the stage, followed by the return of the Schenectady Symphony Orchestra, performing movie classics. After that, bluegrass superstars Steep Canyon Rangers will make their headline debut in the region after having performed with Steve Martin and Martin Short both at Proctors and at SPAC, followed by a screening of Summer of Soul, the music documentary about the 1969 Harlem Cultural Fest. Next up is Finland’s Frigg, fronted by four fiddlers, who will close out the global concert series with some traditional Nordic folk music, followed by a two-night run of Shakespeare’s ‘Comedy of Errors,’ performed by Will Kempe’s Players.

Music Haven’s annual Summer Social event on Sunday, Aug 7 pairs a casual, ticketed dinner buffet under the Central Park pavilion with what promises to be one of the most spectacular Latin shows of the summer season. (Tickets available at www.musichavenstage.org – Click on Summer Social)

As per Music Haven tradition, the roll call of special guests for the season is just as impressive as the headliners they join. From the traditional Honduran music of Aurelio, to the funky New Orleans-style street beats of The Brass Machine, and the jazz-forward SUNY Schenectady School of Music Faculty Jazz Combo, the world beats a musical path to Music Haven’s door. Golfstrom will be delivering “vintage old-world music,” while the Capital Region’s own Puerto Rican ambassador has assembled a special septet, Alex Torres Y Sus Amigos. Old-time banjo phenom Nora Brown will offer up some traditional eastern Kentucky and Tennessee music, and Alasdair Fraser and Natalie Haas will bring their fiddle and cello explorations of Scottish and global music to bear.

A variety of food and beverages will be available for purchase at all shows, beginning an hour before 7 p.m. concert nights and throughout the festivals and special events.

Michele’s Charcoal Pit and Ben & Jerry’s return to Music Haven for all concerts and events in 2022. And, as has become tradition, international offerings reflecting the locales from which the artists come will be sold at the concession stand. Specialty vendors will augment the offering for the Blues BBQ and Summer of Soul events.

Wine and local craft beverages from Wolf Hollow Brewing Company, Frog Alley Brewing Co., and Nine Pin Cider are available at throughout the season. Druthers craft brew will be poured at the July 17 Nathan & the Zydeco Cha Chas concert.

Proctors will be the official rain site for the concerts and events that have one.