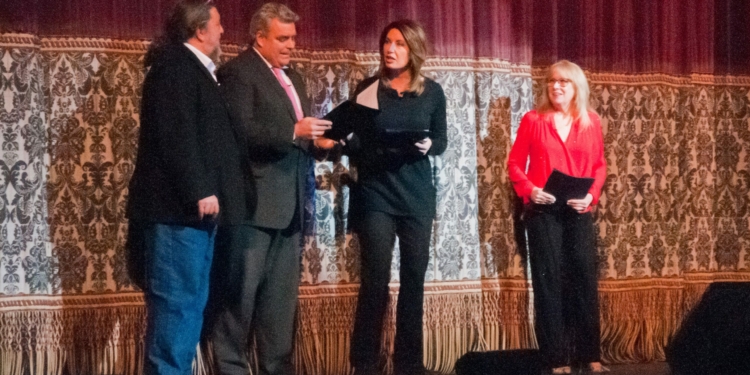 SCHENECTADY — Patrons of the arts packed into Proctors Theatre Monday, Feb. 6 with the buzz of anticipation for the upcoming season.

In a surprise party for patrons old and new, Proctors and Capital Repertory Theatre once again revealed exciting new series, with special subscription packages linking the two venues in Schenectady and Albany.

Among the revelations at the annual bash was that “Hamilton” will be a part of the 2018–19 Broadway series at Proctors, and that 2017–18 subscribers at both theatres will have the chance to be first in line for tickets.

Over the past few years, Proctors has become a destination for Broadway shows readying for the road. The 2017–18 Key Private Bank Broadway Series at Proctors will continue that tradition with the Tony Award-winning revival of “The Color Purple,” which will tech in Schenectady before touring the rest of the country.

The Proctors subscription series continues with 2015 Tony Award winning Best Musical “Fun Home,” “Finding Neverland,” “The Bodyguard,” Rodgers & Hammerstein’s “The King and I” and “On Your Feet!”

And subscribers will have exclusive priority access to tickets for a week-long engagement of the eternal blockbuster “Les Misérables,” which will play Proctors in February 2018 as a non-subscription show.

The Subscription Series at Capital Repertory Theatre kicks off with an intimate production of another Broadway smash, “Mamma Mia!” And, due to the success of the inaugural 2016-17 twinned series at Proctors and theREP, the latter’s subscribers will see Stephen Karam’s Tony Award-winning Best Play “The Humans” at Proctors in Schenectady as part of their package.

“I’m just thrilled that our devoted fans will get to see The Humans direct from Broadway on its very first tour,” said theREP’s Producing Artistic Director Maggie Mancinelli-Cahill. “That fact alone is worth a surprise party to me, but we’re also jam packed on Pearl Street with great comedies, musicals and new plays—which are really at the heart of what we do at theREP.”

The 2017–2018 Key Private Bank Broadway Series at Proctors and the Subscription Series at Capital Repertory Theatre are on sale now at the Box Office at Proctors, 432 State Street, Schenectady; by phone at (518) 346-6204; and online at proctors.org and capitalrep.org.