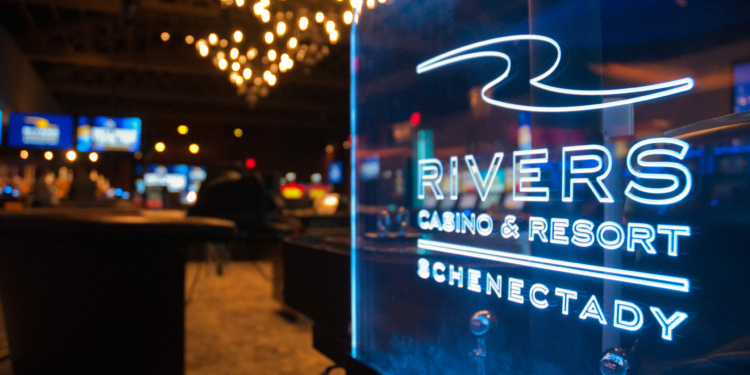 SCHENECTADY — The wait is nearly over for those anticipating to play at The Rivers Casino & Resort in Schenectady next Wednesday, Feb. 8.

The Rivers Casino & Resort at Mohawk Harbor in Schenectady was one of four Upstate casinos awarded licenses after New York authorized state-regulated gambling facilities in 2013.

Rivers Casino & Resort is features more than 1,000 slot machines, approximately 66 table games, restaurants, lounges and banquet facilities, within an 84,000 square-foot facility that will soon include a 150-room hotel, spa, riverfront trails and public outdoor spaces along the shores of the Mohawk River.

Tioga Downs in Nichols in the Southern Tier, Del Lago in the Finger Lakes have opened, or will be open to the public by next week. The Montreign Casino in the Catskills is scheduled to open next year.