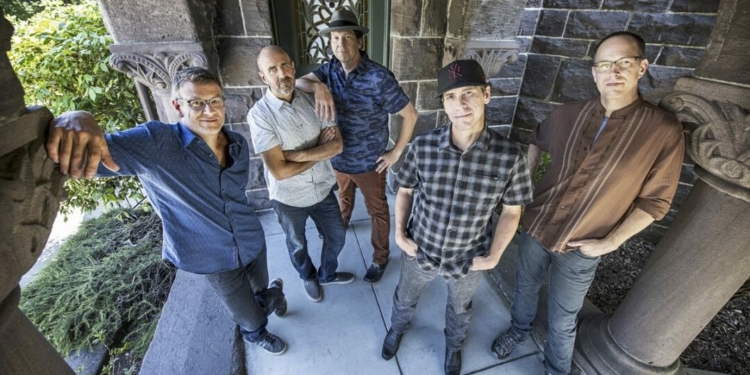 LAKE GEORGE — The Adirondack Independent Music Festival is the spot to be as it returns to the Charles R. Wood Festival Commons for its seventh year with performances moe., Pigeons Playing Ping Pong and more from Friday, Sept. 2 to Sunday, Sept. 4.

moe. is scheduled to perform sets on both Saturday and Sunday nights, while Pigeons Playing Ping Pong will double it up with two sets on Friday night.

Praised by American Songwriter for their “mind-bending musicality,” moe. is treasured for their mesmerizing musical synergy, unfettered showmanship, and smart, resonant songcraft. Over the years, the iconic jam band has alchemized a myriad of musical forms into a truly original journey rich with crafty, clever songwriting and astonishing resourcefulness. Fueled by an impassioned fan base, moe. has spent much of their thirty years as a band on the road, encompassing countless live performances marked by eclectic wit, deep friendship, and exploratory invention.

Hailed as “musical explorers” by Rolling Stone, Pigeons Playing Ping Pong first took flight roughly a decade ago at the University of Maryland, and the pysch-funk trailblazers have since gone on to play more than a thousand shows across 44 states. In just the past two years alone, the band has co-billed at Red Rocks, played halftime at Madison Square Garden, performed on Adult Swim’s FishCenter Live, celebrated the tenth anniversary of their beloved music festival, Domefest, and even earned their first headlining arena show.

This Friday’s performance will mark the band’s first return to the region since 2019 and you can bet their fans, known as The Flock, will be ready.

Other big names performing at this year’s festival include jam favorite, Dopapod as well as a highly anticipated festival debut performance by Austin rock group, White Denim, who Time Out called “one of the best live bands you will ever see if you live to be a million.”

Singer-songwriter and fan-favorite, Ryan Montbleau Band will perform a soulful mix of rock, folk, R&B, American and funk and Pink Talking Fish will return with their unique fusion of Pink Floyd, Talking Heads and Phish.  Badfish, the nation’s premier tribute to Sublime will also be sure to get the audience moving when they perform Friday night, right before Pigeons Playing Ping Pong.

Rounding out this year’s lineup are performances by lespecial, Dogs in a Pile and Neighbor, each of whom are quickly building a name for themselves on the jam scene, Hayley Jane & The Primates, Freekbass & The Bump Assembly, Lucid, Joe Samba, Bella’s Bartok, The Big Takeover, Wet End Blend, Funky Dawgz, Root Shock, Annie in the Water, Ghosts of Jupiter and Sly Fox and the Hustlers.  Hayley Jane will also be featured as an “artist at large”, performing with a number of the other bands throughout the weekend.

In addition to lots of great music, the festival will also feature a variety of food and craft vendors, as well as a great view of the Lake George fireworks on Saturday evening.

Music at the festival commons is scheduled to start at 1 p.m. on Friday and noon on Saturday and Sunday, with music running continuously across two side-by-side stages until 11 p.m. each night.

All ages are welcome to attend and children 12 and under are free.

General Admission weekend and single-day festival tickets are on sale now at www.adkmusicfest.com.  There is also a special VIP option available, which includes admission to the festival, a meal, free snacks, half-priced adult beverages, $2 water / soft drinks, a private viewing area (with a private bar) and access to private bathrooms.

Gates at the Festival Commons will open at noon on Friday and 11 a.m.on Saturday and Sunday.

For tickets and more information, visit the festival website at www.adkmusicfest.com.