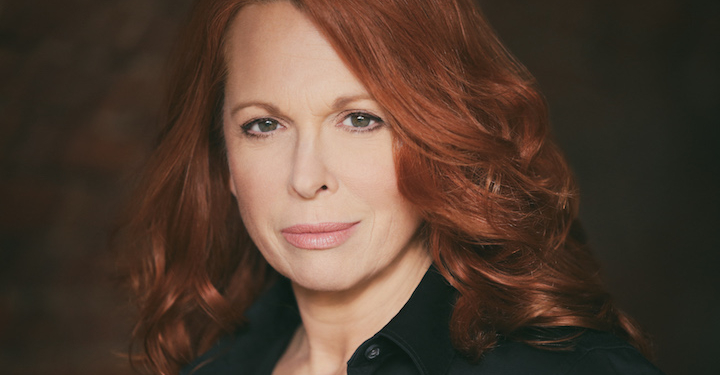 SARATOGA SPRINGS — Three-time Tony Award nominee and Drama Desk Award-winner Carolee Carmello is not a fan of horror movies, and is not so into Halloween. Nonetheless, she’d impress upon you that Saratoga Spring’s “Sweeney Todd” is less horror and more humor when the curtain opens at the Saratoga Performing Arts Center this week.

“Sweeney Todd” has widely been acknowledged as Stephen Sondheim’s masterpiece since it first appeared on Broadway in 1979. It later earned eight Tony Awards, including Best Musical.

It’s a dark tale leavened with ghoulish humor set in Victorian London. The plot centers around Todd, who returns home after having been wrongfully imprisoned. The barber orchestrates an elaborate plan for revenge against the judge who incarcerated him. He is helped by Mrs. Lovett, a struggling baker, played by Carmello.

This Wednesday, Carmello returns to her native Capital District for her debut in the Opera Saratoga and the Saratoga Performing Arts Center when the musical plays on Wednesday and Thursday, June 29 and 30. She reprises the role after last performing in an off-Broadway production of the musical in 2017. This time, she will be alongside internationally acclaimed bass-baritone Craig Colclough as Sweeney Todd.

“It was such a great experience when I did it off-Broadway,” Carmella said. The “tiny” production at New York City’s Barrow Street Theatre was small enough that the players did not need microphones or ensemble singers. “It was a really unique experience, like nothing I had ever done before. But I always wanted to experience the show the way it was written, with a full orchestra and full chorus singing.”

Opera Saratoga’s production is to take place upon SPAC’s expansive stage. The company’s rare appearance on the Amphitheater Stage was announced in January as part of its traveling road show season while the state renovates The Spa Little Theatre. In “Sweeney Todd,” Opera Saratoga tackles a horror story plotline full of light-hearted humor. Mrs. Lovett is often the center of those humorous moments in the story.

“She’s definitely made some compromised, moral decisions,” Carmello said with a chuckle. She describes her as someone who has been through a lot of hard times. When Todd returns home from prison, she said, it brings back feelings she had for him in the past. Now, as she struggles to sell her meat pies, the two devise a plan that is as brutally as it is mutually beneficial.

“The show is so funny,” she said. “It is sort of a horror story, in a way, because of all the murdering that happens at the hands of Sweeney. But it is so cleverly done and so funny and so entertaining. … If you’ve only seen the movie, I think you might be missing some of the lighter, fun moments of the show.”

Carmella grew up in Albany’s Pine Hills neighborhood and recalls summer jaunts to the Madison Theatre to see movies. But the thought of being an actor didn’t materialize until later, while she was studying business administration as an undergraduate at the University at Albany. On a whim, she participated in a dormitory play. That would lead her to the Schenectady Light Opera Company and later to Broadway. She has since returned to SLOC, and has performed on Proctors’ stage. This week’s show, however, brings her to a stage she remembers fondly from a different vantage point, to watch her favorite musicians play.

“It’s exciting,” she said of SPAC. “I’m really excited to be on that stage because I’ve only ever seen it from the audience.”

Budget-friendly ways to update a wardrobe