Russel the Leaf at Caffe Lena 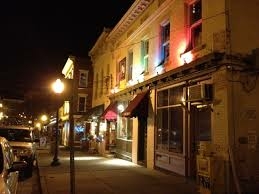 SARATOGA SPRINGS — Russel the Leaf, leeching sounds from your favorite artists across the genre spectrum, will play at Caffè Lena on Sunday, April 3, at 7 p.m.

Russel the Leaf is the catch all for music that comes from Evan M. Marré. Raised in Scotia, Marré makes recordings wherever he can set up, which for now is Troy.

Spontaneity and structure go hand in hand with this music. Every aspect is thoroughly thought out, but captured in a frantic excited way.

Inspired by the sounds gleaned from obsessive record collecting, Russel the Leaf as a project is focused on creating completely realized records, something that comes easily to Marré.

The musical line-up for the 4th annual Edison Music Awards has been announced.