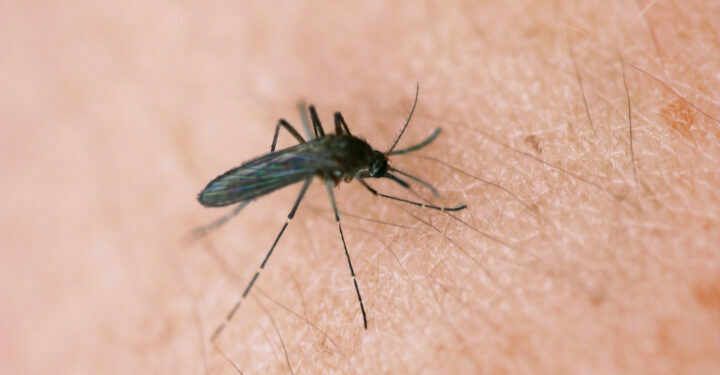 ALBANY — Area scientists are predicting that global warming will cause local cases of West Nile virus to increase in future years.

A group of scientists affiliated with the University at Albany and New York State Department of Health published a recent study predicting that the total number of West Nile virus cases will be more geographically widespread across New York and Connecticut due to warming trends.

The scientists, part of the Climate Change and Emerging Infectious Disease working group, created two machine learning-based statistical models that use a combination of observational climate data and current numbers of human WNV cases to estimate future rates of the virus. A regional version of the model was trained to run simulations using data from each state, with numbers broken down to the county level. An analog version was trained using data from Maryland, Virginia, Washington, D.C., and Delaware as a contiguous region that is expected to be similar in future climate.

An independent trait-based model based on mosquito and virus responses to temperature changes also predicted a future increase in WNV cases across both states.

The study can be read in the latest edition of Global Change Biology.

“Research on West Nile virus and emerging infectious diseases is important to safeguarding public health and safety, especially in the context of climate change,” said Alexander “Sasha” Keyel, the paper’s lead author, and a post-doctoral researcher at the school’s Department of Atmospheric and Environmental Sciences and the NYSDOH Wadsworth Center. “Many of these disease systems can change in complex and non-intuitive ways with changes in climate and land use.”

“Future research on viral evolution under climate change is especially important, as we know these viruses are evolving, but that is not currently reflected in the future projections,” he added.

WNV has infected more than 50,000 people and caused more than 2,200 deaths in the last 20 years across the United States. While numbers fluctuate annually, a CDC report found that diseases caused by tick, mosquito and flea bites more than tripled in the U.S. between 2004 and 2016.

The University at Albany partnered with the NYSDOH Wadsworth Center to form the CCEID working group in 2015. Together, the group has collaborated to better understand how environmental factors increase or decrease human health risk from vector-borne diseases. The group also joined seven other universities, and other state departments, in 2017, to create a $10 million Northeast Regional Center for Excellence in Vector-Borne Diseases hosted at Cornell University.

The group created a “Random Forest” statistical model that uses a series of climate-related variables along with other relevant factors, such as a region’s human population, mosquito abundance and presence of wastewater treatment plants, to provide seasonal forecasts for WNV and pinpoint locations with increased risk for the disease.

This latest study adds to their previous findings that indicated low soil moisture and/or warm summer nights are associated with increased WNV numbers. Most human cases of the virus are contracted during the months of July to September.

“Finding cause and effect relations between climate and WNV infection rates is a challenging research problem that can only be tackled through interdisciplinary collaborations,” said Oliver Elison Timm, a DAES associate professor and paper co-author. “We relied on modern machine learning tools to analyze large sets of climate and environmental data. To make sure that our future projections are not just a statistical artifact, we applied the three independent models and identified the robustness of our results.”