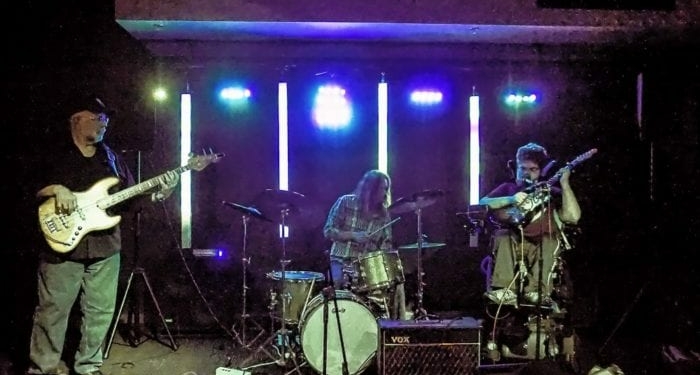 Saratoga Originals: Corry Loveday, Lucas Garrett, and Carolyn Rose will show at Caffe Lena on Friday, Sept. 13, and will feature three original artists as they showcase their talents and songs on the historic stage. One of which said he’s just happy to be featured.

Lucas Garrett, along with and his band members Bill O’ Donovan and Kevin Kosach, perform as a trio. The Glens Falls native produced two albums, “Evening’s Come, But It’s Not Dark” (2017) and his sophomore album, “Love Is Better” (2019).

“We’re definitely unique,” said Garrett, when asked to define his music and sound. He said that when he creates his compositions, his songs are not ordinary. His tunes cross on all different musical genres and are based upon personal experiences he had throughout life. That is further explored in the musical arrangements he composes.

“Evening’s Come, But It’s Not Dark” has a country-rock influence that is heard through on Garrett’s acoustic and electric guitars. The final track, “Winter Kiss,” is soft and delicate. Garrett performs and sings solo, with just his acoustic guitar.

“Love is Better”, on the other hand, is unlike his debut album. Garrett said it had taken him two years to compose and make the album from home. He composed all the musical parts, from both the guitar and piano. He also worked with friend Jesse Bolduc, from “Candy Ambulance,” to mix the album. This sophomore effort draws influences from rock, blues, and country. At times, it provides a bit of a jam band vibe that soars into your ears with glee.

“These songs were written during specific snapshots of my life,” said Garrett. “Whether that song is steeped in metaphors or not, they’re always written during a time of growth or change. Sometimes, I don’t know even know who the song is about until it’s done being written. I try to learn something from everyone. My ear for influence is always open.”

O’Donovan is the newest member of the band. The drummer has found his time with the band to be an interesting little journey. It was his friend and videographer, Stephanie Revely, who suggested that O’ Donovan get together with Garrett. At first, he said, it was a challenge for O’ Donovan to learn Garrett’s music. Over time, he was able to get a handle of the songs he would perform.

“Things are going in the right direction,” said Kosach. He said he is pleased that other Capital District bands, including the two performers who are on the Caffe Lena gig with them, are supportive of their band. The band has a great following and they enjoy performing with each other. There is no ego or outperforming each other on stage; they all remain the same. The band is also currently seeking a keyboardist to join their trio, but they haven’t yet found the one to join their team.

Come and see Garrett’s trio perform for yourself on Friday, Sept. 13, at Caffe Lena in Saratoga Springs. Showtime for the event is at 8 p.m. Advanced tickets can be purchased at $12 for the public, $10 for Caffe Lena members, and $6 for students. For the door admission, tickets cost $14 for the general public and $12 for members.