GE working to support PV solar integration into the grid 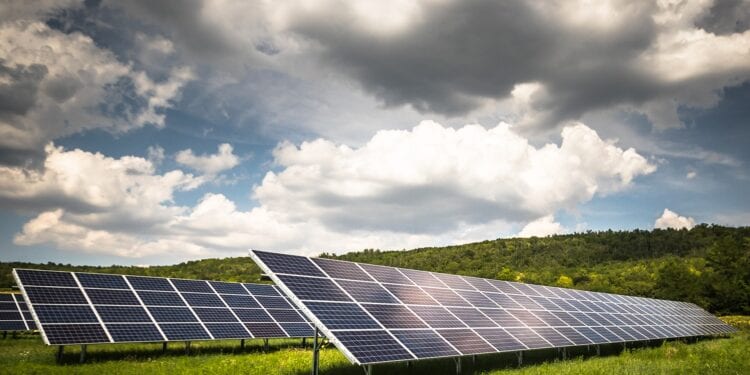 NISKAYUNA — With the continued and unprecedented growth in BTM PV Solar installations, GE Research is working with DOE and its partners on two PV Solar and Storage projects that will allow consumers to fully utilize their PV assets, reduce their demand charges, and ensure continuity of service during grid disturbances and outages.

GE scientists and engineers are also involved in a second project led by the University of Pittsburgh to help utilities gain more visibility into the level of BTM installed PV Solar generation by homes and businesses. Specifically, the GE team is developing analytics to provide utilities with reliable grid data to estimate PV Solar generation. Having greater visibility into this data will enable accurate grid forecasting as well as enhance grid stability and resiliency.

Ahmed Elasser, who is the Principal Investigator and leading the C&I BESS project, said that as BTM PV Solar deployments are growing, there is a need to provide storage assets to allow BTM customers to reduce their demand charges, self-consume their PV energy, and ensure service continuity during grid outages. These capabilities will be enabled by advanced technologies and controls.  Elasser said, “It’s exciting to see the unprecedented rates at which PV solar and other renewable resources are growing behind and in front of the meter. To support and sustain this growth, innovative hybrid solutions such as the 400kWh, 2-h BESS being developed under our DoE funded project, will play a key role in ensuring grid reliability and resiliency.”

Elasser explained that inverters are essentially the gateway for renewable resources to be efficiently interfaced and reliably distributed to the utility grid. As the number of renewable installations grows, the inverters are called upon to not only support the grid, but also to form the grid and coordinate with other inverters as well as other assets such as Energy Storage.

According to the Solar Energy Industries Association, PV Solar power has experienced an annual average growth rate of 33 percent over the past decade in the United States. Residential installations alone have grown from just ~422MW of installed capacity to more than ~24,000MW.  Furthermore, the Association notes that PV Solar is increasingly being paired with BESS from residential to utility scale systems. It estimates that the percentage of new BTM PV Solar systems fitted with BESS will grow to 29 percent of the total installed PV Solar capacity. In 2021, the number of PV Solar and Storage systems was just under 11 percent of the total installed PV Solar capacity.

GE Research is GE’s innovation powerhouse where research meets reality. It’s a world-class team of scientific, engineering and marketing minds working at the intersection of physics and markets, physical and digital technologies, and across a broad set of industries.