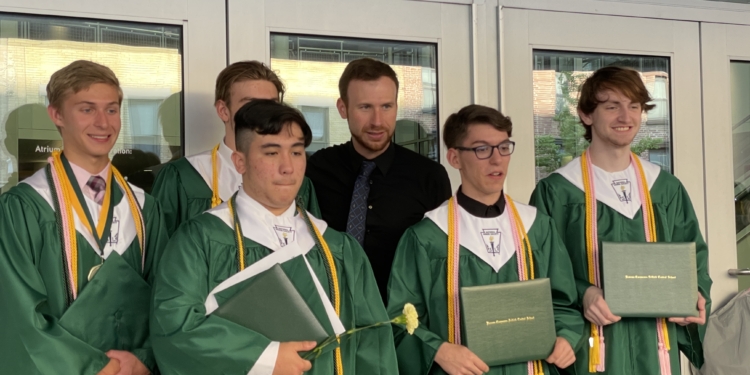 Since 2016, Fatuzzo has taught Concert Band, Jazz Ensemble, Music Theory, Music History, as well as instrumental lessons and chamber music at the high School. His ensembles while with the district have regularly received ratings of Gold and Gold with Distinction at NYSSMA Major Organization Festivals.

Additionally, Fatuzzo has been the Director of Administration for the School of Orchestral Studies division of the New York State Summer School of the Arts. In that role, he oversaw all school programmatic and residential functions while regularly leading winds and percussion sectionals and chamber brass ensemble coachings.

A semi-finalist in the 2016 Graduate Solo Division of the National Trumpet Competition, Fatuzzo has performed and worked with numerous highly acclaimed artists including Bela Fleck, Doc Severinsen, Livingston Taylor, and both current and former musicians from several of the world’s most famed symphony orchestras including Phil Smith, Mark Gould, Ethan Bensdorf, David Bilger, Jim Wilt, and Thomas Stevens.

In 2016, Fatuzzo received the Masters in Music in Trumpet Performance and Literature and the Arts Leadership Certificate from the Eastman School of Music in Rochester. At Eastman, he studied with virtuoso trumpet performer and pedagogue James Thompson and was an instructor of applied trumpet lessons to students of the University of Rochester.

LETTER to the EDITOR: Crummey for super